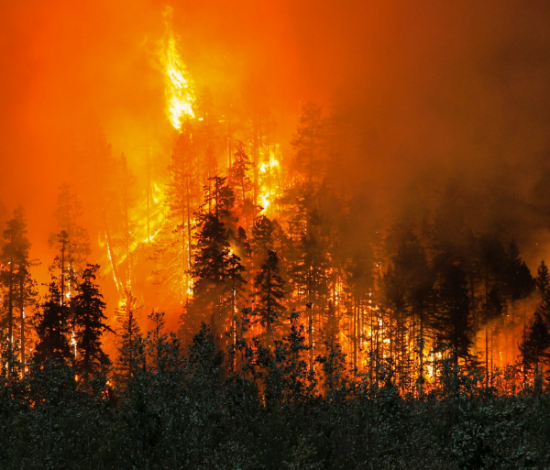 From May 4th through 10th, 2021, the Oregon Values and Beliefs Center conducted a statewide survey of Oregonians’ values and beliefs, including their thoughts about wildfires and efforts to address them. This online survey consisted of 918 Oregon residents ages 18+ and took approximately 15 minutes to complete. Responses were analyzed and categorized to allow for a better understanding of trends in Oregonians’ values and beliefs. The survey’s margin of error, for the full sample, ranges from ±1.9% to ±3.2% depending on how the response category percentages split for any given question. Findings will include a citation of the relevant question, which can be referenced in the annotated questionnaire and tabs at the bottom of the page.

A Serious Threat and Likely to Worsen

What Oregonians Think of When it Comes to Wildfire

When I think of wildfires I think of destruction. I think of all the homes lost, all the animals dead, and all of the nature burned.

When I think of wildfires it hits home for me. I have 8 separate family members who recently lost their homes completely due to this past year’s horrific wildfires in Oregon. DEVASTATION, FEAR, AGONY, LOSS & HOPELESSNESS is what comes to mind.

Dense smoke covering a large area that lasts for days and long-term health impacts. Destruction of communities and natural resources. Lack of certainty about the future for those displaced by fire. Collateral damage to personal property and natural resources by flood, landslide, and rock fall in fire-damaged areas.

We never used to have wildfires like we do now because we had logging and wood mills, the loggers maintained our forest to keep it healthy. Now there is no logging, so now our forest is overgrown and that is why our forest fires are so bad.

Last year is proof positive that smaller fires burning in remote areas can quickly get out of hand if not put out right away.

Fires can spread rapidly, even if they start in remote areas. (2) Smoke from wildfires travels long distances and creates significant health risks as well as affecting quality of life. (3) The “let it burn” philosophy was developed in a wetter and cooler climate phase when it posed less of a risk.

Some large fires are incredibly difficult to fight and are dangerous for firefighters. Tough call, though.

It’s typically best to let nature take its course. It’s also beneficial in that it helps to thin out the forests so future fires can be prevented.