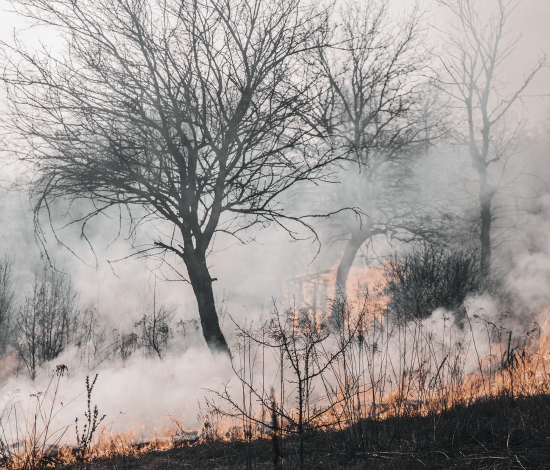 The condition of our forests and government’s emergency preparedness has been called into question most notably during the past few fire seasons. We polled 900 Oregonians to find out how they feel about our state’s approach to forest management and how we can reduce the occurrence of wildfires. The research was conducted before the rash of wildfires that devastated communities across the state in September 2020.

Every year, Oregon faces drier summers with more opportunity for catastrophe. Just this year, wildfires have claimed more than 1,000,000 acres of land, displacing thousands and causing billions of dollars of damage. With the past 10 years of wildfire statistics showing a significant uptick in activity, we asked our survey panelists during the week of May 29th through June 7th to look to the future.

How Bad Will It Get?

Over the next 10 years, Oregonians expect to experience many wildfire-related challenges. A majority of respondents predicted a significant loss of Douglas fir forests from drought and heat. They also predicted that our Pacific Northwest summers will continue to get hotter and believed the overall number and severity of wildfires in Oregon will increase dramatically, as we’ve seen in the last decade.

We found several significant patterns among respondents. For example, younger respondents were less sure than older Oregonians about the future challenges our forests will face. Additionally, more educated respondents expected to see wildfire-caused challenges arise more frequently than did those with less education. In general, we found that Democrats were more convinced that the state will see an increase in such challenges than were Republicans.

A possible culprit in the worsening Oregon wildfire season is land management. Land that’s not maintained through thinning and controlled burns to reduce ground fuels can stoke new fires or exacerbate existing ones. We asked respondents if they thought private landowners, the state, and the federal government manage their land adequately to prevent wildfires. Many were unsure, but those with opinions had a relatively positive view of the management of private, state, and federal lands.

What Should We Invest In?

We also asked respondents where public agencies should allocate funds to reduce forest fires. The most popular suggestion was for fire teams to perform more controlled burns annually to prevent the buildup of dry leaves, needles, and other forms of tinder. Other suggestions included thinning forests and limiting constructions of new homes in fire-prone areas. The least chosen suggestion was more logging.

Time for Another Survey?

Again, this survey was conducted before the recent wildfires and the smoke-filled skies that followed. It’ll be interesting to see how Oregonians’ opinions change with the weather and other issues dominating the headlines. We will be conducting this survey again in 2021, so stay tuned.