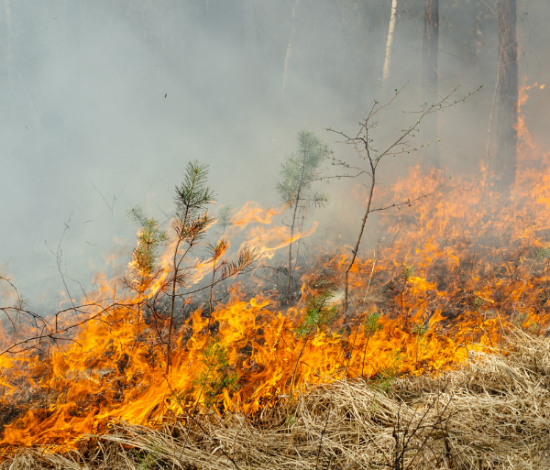 From November 10–19, 2022, the Oregon Values and Beliefs Center conducted a statewide survey of Oregonians’ values and beliefs about Oregon’s forests, including wildfire and forest management. A description of the methodology used for the research is provided below.

Just over half of Oregonians say it is likely true that the total economic cost of wildfire (things like damage to tourism, cost of re-seeding, loss of trees, health problems, etc.) runs about 10 times the cost of the firefighting alone.  (Q9).

Oregonians support a multi-pronged approach when it comes to preventing or reducing the impacts of wildfires, including restricting recreation and travel and planned power outages (Q56–58A).

“The effects are so devastating and over such a long period, that extreme prevention measures are warranted. I was part of an area that was set to be subject to a planned power outage. I was not happy about it, but I understood the necessity of it.”

“How about electric companies take care of trees that are close to their lines.”

“It is hard to control ‘stupid’ however, more education across the board would probably help. As most fires are human caused (the statistics prove this out), our focus should be to reduce the human factor as much as possible along with other measures listed above.”

Oregonians believe a variety of tactics used to prevent wildfires from burning down homes are effective, and they are most convinced of the tactics “closest to home” (Q59–62A).

“I believe we should respect the right of private property owners to build on their land. However, Black Butte Ranch in Central Oregon is an excellent example of a property that never should’ve been built because taxpayers spend enormous sums of money protecting that resort from fire. That is not right.”

“As long as it won’t burden landowners, don’t make it mandatory, just education so cooperation can be reached.”

Oregonians lean toward believing residents shouldn’t be able to build homes in areas of high or extreme fire risk, although there is a significant difference in opinion between urban and rural residents (Q6).

“Don’t let people build homes in fire-prone areas. Private insurance will probably take care of this problem eventually, however; they simply will not insure homes in such area. Good for them.”

“Homeowners pay for their insurance. It should be left to them and their insurance company how best to mitigate their concerns. Many of us purchase our homes in rural forested areas to be amongst the trees and wildlife, then bureaucrats stick their noses in … making us remove most of our trees and plants, then complain that there aren’t enough trees or other habitat.”

A more popular approach to mitigating fire risk for homes is to require fire-resistant building materials in areas with high or extreme wildfire risk. Eight in ten Oregonians say this is a good approach, including nearly half to feel strongly about it (Q7).