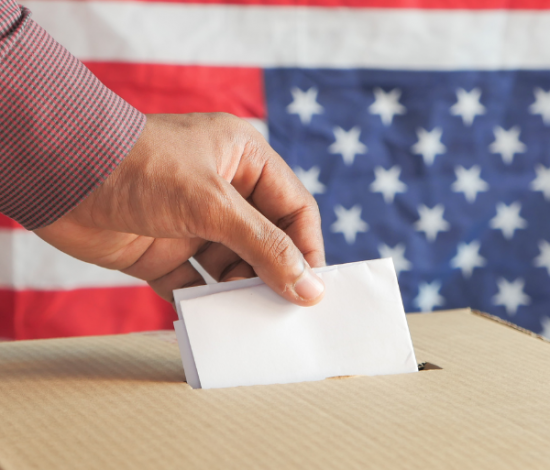 From September 12-21, 2022, the Oregon Values and Beliefs Center conducted a statewide survey to determine how the community currently feels about voting and elections. A description of the methodology used for the research is provided below.

How do Oregonians Feel about Their Political Party?

Do Democratic and Republican Parties have Too Much Say?

A plurality of Oregonians thinks the Democratic and Republican parties have too much say in selecting candidates to compete in our general elections (Q25).

Majority Agree with Opening up Primary Elections to All Voters

Most Oregonians (59%) think the two major parties should open their primary elections to all voters (Q26).

Oregonians disagree about what should be done about the current voting processes for state elections for the governor and the legislature (Q27).

How Oregonians Feel about Other Methods of Voting Systems

Oregonians were asked to share their opinions on the following statement:

“One type of voting system combines both a multi-member district (more than one representative for an area) AND ranked-choice voting (voters rank their preferences as first, second, third, etc.). Under this system, candidates would not be required to secure a majority of votes cast in an election to win their seats. Instead, the system sets a minimum percentage for winning seats. For example, in a district electing three members, the minimum percentage is 25%. Voters’ first, second, and third or more choices are combined as necessary until three candidates pass the threshold of 25%.”

Oregonians are most likely to support this method of electing candidates (43%) and are equally opposed (28%) as they are unsure (29%) (Q29).

Should Legal Residents Who Aren’t Citizens Be Able to Vote in County Elections?

Opinions about legal residents who are not citizens being given the opportunity to vote in county elections are split, with 40% of Oregonians in support and 47% in opposition (Q30).

Oregon voters are unsure about whether the best possible representation in state and local government is achieved by a single-winner election (36%) or a system that allows for multiple winners to represent a single area (39%) (Q31).

Statement of Limitations: Based on a 95% confidence interval, this survey’s margin of error for the full sample is ±2.47%. Due to rounding or multiple-answer questions, response percentages may not add up to 100%.