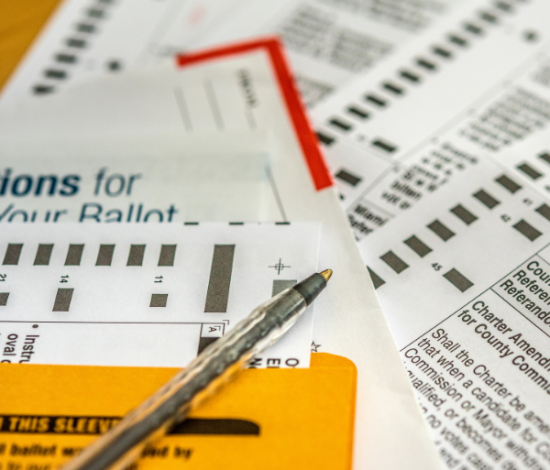 From November 10–19, 2022, the Oregon Values and Beliefs Center conducted a statewide survey of Oregonians’ values and beliefs about voting and democracy. A description of the methodology used for the research is provided below.

Eight in ten survey respondents say they voted in the November 2022 elections (compared to 66% of Oregonians at large[1]), with some key differences between demographic groups (Q67).

Just over three in four of those who voted in November say this election was more important than prior elections (Q68).

Why Some say Voting in November of 2022 was More Important

Those who say the November 2022 election was more important most often cite a general need for change, partisan concerns, democracy being at risk, and specific races or issues such as the Governor’s race and the right to abortion access (Q68a).

“Because I was actually able to be involved in the election process for the first time.”

“Because Republicans have gotten so extreme that they are taking rights away from people.  We are reverting back to the 1900s.”

“Because many of the races were projected to be more competitive and the divide between candidates seems to be growing.”

“Because we really need to get rid of Democrats in control. They are ruining Oregon!”

“I always vote, but this year it seemed to me that democracy was on the ballot along with the candidates.”

“I think that humans need compassionate and literate leaders to mitigate climate change, future pandemics, gun violence, and any other boost to our long-term quality of life.”

“I used to be a center-right Republican. Then the GOP went insane and started tearing down our institutions and attacking the foundations of civil peace.  So now it is more important to vote because the institutional foundations of society are at risk, and voting is the most practical means of preserving them.”

“The future is on the line in every election and being on the cusp of having a chance to avert the worst of catastrophes, it’s never been more important.”

“Abortion rights. That was the biggest issue for me, and it was important for me to vote for those who promise to protect those rights for women and anybody who can have an abortion.”

Those who view the November 2022 election as similar to prior ones largely say this election cycle was not more important than others because elections are always important, though some hold the opposite view: that there is little point in voting (Q68b).

“All elections are important, and I vote in them all.”

“2016 and 2020 were the elections of highest importance in my lifetime. This year’s election was important, but not quite at the 2016-2020 level nationally and not as consequential as some prior state elections.”

“Because I always vote. The problem is we just keep getting candidates that don’t make any changes. There aren’t enough choices. We have to choose the best of some of the worst and hope for the best outcome in elections. It’s very disheartening regarding what this country has become. Everything seems to be all about the almighty dollar and lobbyist versus doing what is best for the country.”

“Because I don’t care or put any trust in politics, I believe my vote makes little difference because nothing is ever improved for homeless people or the quality of life for those with mental illness and I see no change based on who is in control of the House or Senate.”

“Because participation in our democratic process is always the responsibility of citizens, not just when there are hot topics or a particular political agenda to promote.”

“Because voting is meaningless when both parties work for corporations instead of people.”

“It wasn’t that important to be because I hardly knew anyone that was running for office. I normally only vote when it comes to the presidents since I know more about them and it’s easier to follow.”

“There were no close races in my area. Nor any candidates that I felt were needing strong support.”

“When you are younger, every election can feel like the end of time. When you have been through enough—Nixon, Reagan, Bush, Trump—you realize that it is highly unlikely the world will end with the turn of any particular election.”

Two-thirds (68%) of Oregonians say that the system of democracy is in peril (Q69).

“A large portion of the right has become radicalized and the left is ineffective in making positive progress. The wealthy elite commit crime in broad daylight every day and influence politicians to do what’s best for their wallets rather than for the people.”

“Because of the great divide and disconnect from important issues. Where it is more important to have a side versus what is good for the nation.”

“Because Oregon has been led to the ground by one political party for 40 years. Oregon needs balance!”

“Because old people are making all the decisions for young people, and they are so out of touch.”

“Our administration is closing books on our rights and freedoms, one by one. We are in a high state of inflation in almost all products.”

“The election process does not appear secure and the vilification of citizens just because they have a different opinion is a dangerous step toward totalitarianism.”

“As far as I’ve heard, no one is threatening to take away eligible citizens’ right to vote.”

“Because there are enough level-headed leaders in this country and because we have the balance of three branches of government.”

“I don’t see a public voting system going away any time soon. Isn’t that what democracy is? The right to vote and to pick representatives to represent your interests? What else would we do? It’s a foundational principle of the US.”