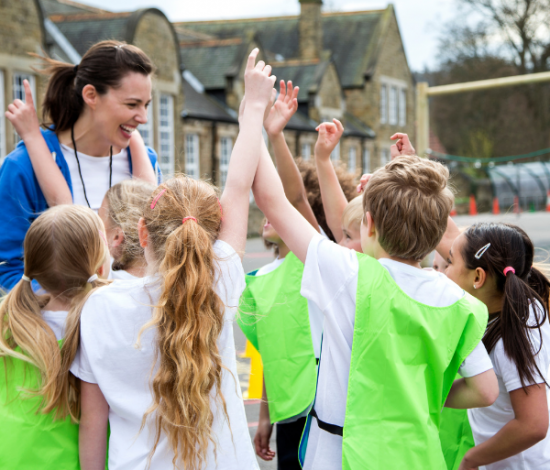 From May 6–16, 2022, the Oregon Values and Beliefs Center conducted a statewide survey of Oregonians’ values and beliefs, including knowledge of and experience with Title IX. The question numbers in this document correspond with the survey questionnaire (Q1, Q3, Q4, Q6a, Q6b, Q9, Q9a, Q17–18a).

A little more than one-third of Oregonians describe themselves as familiar with Title IX (38%). College educated Oregonians are the most familiar (63%) (Q1).

A nearly identical 37% say they are not at all familiar with the legislation.

Oregonians who graduated from college are the demographic group most familiar with Title IX (63%). This is likely due to Title IX’s impact on university sports in particular.

Interestingly, men describe themselves as more familiar with Title IX than women (41% to 35%). However, often in surveys men tend to say they are more familiar with the subject matter than women regardless of the topic, which could contribute to this difference. The difference could also be due in part to increased interest in sports generally among men.

Those already familiar with Title IX say Title IX is the main or a major factor in the growth of women’s sports (72%) (Q4).  This perception is especially true for those 75 or older, as well as for college graduates (both 81%).

“History has proved [Title IX] was the right move. Women’s athletics are far more popular at the local and collegiate levels. And women’s professional sports leagues have taken off. And the woman athlete today is far stronger, quicker, faster, and athletic than she was back in “the day.” Their games are every bit as exciting to watch as the men’s, their fan base just as rabid.”

Men are more likely to report playing a school sport during their education (Q6).  Men in Oregon are 19-percentage points more likely than women to have played school sports (78% to 59%) (Q6).  Meanwhile, 47% of women believe that their teams were given fewer resources than the boys’ or men’s teams (Q6a).

Women college graduates are especially likely to say that resources for women’s or girls’ teams were diminished (58%), compared to 45% of women with some college education and 40% of women high school graduates (Q6a).

Women who have participated in school sports report fewer resources for equipment, travel, and use of sports facilities to practice. They also described low morale due to extra attention for boys’ teams. Some—at small schools or where girls’ teams excelled—said the teams were treated fairly (Q6b).

“I graduated from high school in 1973. Title IX was brand new, and I attended a private school, so it did not apply. I wish it had. We had practically no practice time in the gym where we were meant to then compete, so there was no home court advantage. I wore the basketball uniform that my 5-years-older brother had worn.”

“I think they were given the same amount of financial support, but not enthusiasm, parent and staff involvement, nor publicity as the boys’ team.”

“Boys always had better schedule days and times. Better facilities for their championship games, usually in stadium type settings whereas we just played on the school fields. Much more promotion of the games.”

Which Team Has More of an Advantage?

“I go to college in Oregon now, and the difference between the men’s and women’s teams are astounding. Both in advertising and celebration of the teams.”

“Traditionally boys’/men’s sports bring in more revenue for the school and the district therefore they should be provided a larger budget overall. For better equipment, better trainers, more individual focus sports nutrition and physiology training to enhance the quality of the athletes which in turn will draw larger crowds making the school more money.”

“Girls’ sports don’t get the big spending, but they also don’t generally get the same level of spectator participation as boys’ sports. Maybe they would if more was spent developing and promoting them.”

Few Oregonians are aware of any controversies about Title IX related to either athletics or education in their area of Oregon (5%, 4%) (Q17, Q18).  The groups most likely to recall an issue related to athletics include college graduates and Multnomah County residents (8% each) (Q17).  One in ten residents who are very familiar with Title IX say they recall a Title IX issue in their community that was not related to athletics (10%) (Q18).

Those who could recall an athletics-related Title IX controversy pointed to two primary issues: transgender athletes in sports and a dispute over girls’ softball at Grant High School in Portland. Many of the comments related to national, not local, issues (Q17).

“I saw a political commercial for a gubernatorial candidate in which he brags about fighting a transgender player on a girls’ team. I recognized the athlete in the commercial.”

For non-athletic Title IX controversies, residents again pointed to transgender issues like the use of bathrooms, as well as sexual assault issues.

“It involved a student who sexually assaulted other students wanting accommodations to be allowed back to school.”

“A teacher and an administrator started a conservative group that was considered anti-trans. They made a video, got fired, and then got rehired, triggering protests by students.”

Oregonians 65 to 74 are the age group most likely to demonstrate awareness of Title IX (52%). These folks were in their teens and early 20s when President Nixon signed the legislation into law in 1972 (Q1).  Awareness among Oregonians 75 and older is also high, comparatively (48%).  Awareness falls to 41–42% for people 45–64 and falls more precipitously to 27–28% for people under 45.

The perceived impact of Title IX on the growth in women’s sports rises with age (Q4).

About two-thirds of Oregonians under the age of 45—who are at least somewhat familiar with Title IX—say that it is has been the main or a major factor in the growth of women’s sports (64–66%).  That figure grows progressively as ages rise, to 70–73% for middle-aged Oregonians and to 77–81% for Oregonians 65 and older.

A far greater percentage of younger Oregonians have participated in school sport (Q6).

Older Oregonians are more critical of the current resource allocation between girls’ and women’s teams and boys’ and men’s teams in the schools in their part of Oregon (Q9).

About six in ten Oregonians 65 and older believe that boys’ and men’s teams have a financial advantage over girl’s or women’s team in school sports in their community (58–59%).  This figure drops as ages decline, to 48–53% of Oregonians 44 to 64 and again to 46% of Oregonians under the age of 44.

Across all these Title IX issues, there are no statistically significant differences between BIPOC and white Oregonians (Q1, Q3, Q4, Q6, Q6a, Q9, Q17, Q18).

Methodology: The online survey consisted of 1,674 Oregon residents ages 18+ and took approximately 15 minutes to complete. Respondents were contacted by using professionally maintained online panels. In gathering responses, a variety of quality control measures were employed, including questionnaire pre-testing, validation, and real-time monitoring of responses. To ensure a representative sample, demographic quotas were set, and data weighted by area of the state, gender, age, and education.

Statement of Limitations: Based on a 95% confidence interval, this survey’s margin of error for the full sample is ±2.4%. Due to rounding or multiple answer questions, response percentages may not add up to 100%.