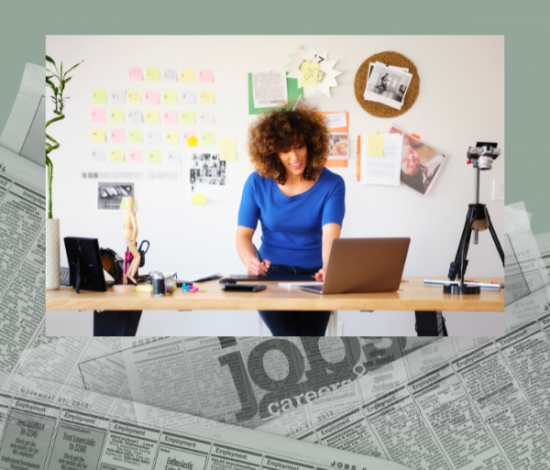 From July 8–16, 2022, the Oregon Values and Beliefs Center conducted a statewide survey to determine whether and how the COVID-19 pandemic changed Oregonian’s work lives. A description of the methodology used for the research is provided below.

First Off, How Many People Have Worked Over the Last Two Years?

About two out of every three Oregonians over the age of 18 worked for pay over the last two years (65%) (Q14).

Men are more likely than women to have worked at some point during the past two years by a small, but statistically significant, margin (68% to 61%).

Most People Experienced a Job-Related Change in Their Life

Men are more likely than women to say nothing has changed in their workplace as a result of the pandemic (44% compared to 31%). Workers with higher annual incomes have experienced fewer pandemic-related changes than those making less than $50,000 per year (39%-42% compared to 33% of those who make less than $50,000).

Since the beginning of the pandemic, one in five Oregon workers has stopped going to an office every day and has instead become a remote or hybrid worker (20%), but the benefits of working from home were not shared across all groups (Q15).

34% of six-figure workers switched to a home office situation, compared with 13–18% of workers at lower income levels (less than $100K per year).  Those with college degrees were much more likely to have moved work to their homes than those with less formal education (34% compared to 16% of those with just some college and 8% of those with a high school education or less).

The lowest income workers are the most likely to have reported filing for unemployment, but between 9–15% of Oregon workers in all other income groups say they filed, too. One in five women (21%) accessed unemployment benefits sometime during the past two years, a bit more than men (15%).

Today, workers are a bit more likely to have the option of working remotely, at least sometimes, than they are to report to an office or facility every day (40%, 37%) (Q20).

Workers who work remotely at least sometimes are split fairly evenly: 22% work exclusively from home and 18% work in a hybrid model. High school graduates and those with some college education are most likely to report to work each day in person (43–44%), while just 24% of college grads do the same.

Twice as many Oregonians would like the option of working from home or an office than currently have the option of a hybrid work environment (41%, 18%) (Q21, Q20).

While residents would prefer to work exclusively from home more than coming into work each day (26% to 19%), they are even more likely to prefer a hybrid environment (41%). Half of college graduates want the option of choosing whether to go to an office or stay home (54% compared to 33–37% for other educational levels).

One in Four Oregonians Joined “The Great Resignation”

One in four Oregon workers joined The Great Resignation by quitting a job (28%) (Q16).

Self-employment—perhaps via the gig economy—was an especially notable choice for lower-income Oregonians (18% compared to 5-9% for those who make more than $50,000 a year).

Oregonians quit their jobs because they felt disrespected and underpaid (43%, 41%) (Q17).

Oregonians are less likely than the national average to have quit their job due to dissatisfaction with benefits, with 15% saying they quit because benefits like health insurance and paid time off weren’t good, compared to 23% of Americans1.

“Our town hasn’t been able to fill positions for a pharmacist, anesthesiologist, teachers, and domestic violence shelter executive director due to lack of housing (housing turned into tourist rentals).”

“Prejudices against people with prior felony convictions prevents so many from finding work, not enough access to affordable childcare, irregular shifts that interfere with family life, lack of transportation.”

Oregonians Who Lost Their Jobs

Additionally, 21% of workers lost their job during the pandemic (Q18).

Four in ten employees lost their jobs due to a lack of work, or the business folding entirely (43%). Notably, three in ten workers say their job loss stemmed from work-related physical or mental health issues (30%) (Q19).

Lower-wage workers with household incomes of $50,000 per year or less were among the most likely to say that their employer went out of business (25%, compared to 11–14% for other income groups).

“It’s being falsely represented that employers are having a hard time finding willing workers. I have applied to a lot of jobs [since] I lost my job, and it was hard to get even one interview when I have plenty of work history. They’re turning away so many applicants without a second look at us.”

Nearly half of Oregon residents—working or not—say that the option to work from home would determine whether they accepted a job (44%) (Q22). This is especially true for women (49%), more so than men (38%). There is no difference between different income levels as to whether a work from home option would determine their acceptance.

“The Great Resignation” as a Product of High Cost of Living

Oregonians say The Great Resignation and the low-wage worker shortage is the product of a high cost of living, not people living off government benefits (60% to 34%) (Q23).

“If the pay matches the expense of living, more people would be looking for jobs.”

“Partly due to high cost of living but also due to family obligations (caretaking), stressful working conditions of many low-wage jobs, and thoughts of entitlement.”

“Benefits and wages aren’t keeping up with inflation and supply chain issues.”

“If employers were willing to raise wages to a living level, people would jump at the chance to get those jobs. Since they have a bit of a cushion now, people looking for work can afford to be slightly pickier rather than desperate.”

“I’m one of them. I wish I knew where these people are getting all this money to live off of. [Maybe] Mitch McConnell can tell me. Our only income is my husband’s $728.00 per month.”

“I believe people have realized they deserve better as well.”

“In addition to young people not wanting to work in low wage jobs, I believe quite a few believe that it is beneath their perceived status to work in a minimum wage job.”

“People want a free ride off the backs of others. Those on fixed income should get stimulus but don’t.”

Identifying What Unites Us, Understanding What Divides Us.

[2] A new era of workplace inclusion: moving from retrofit to redesign – Future Forum