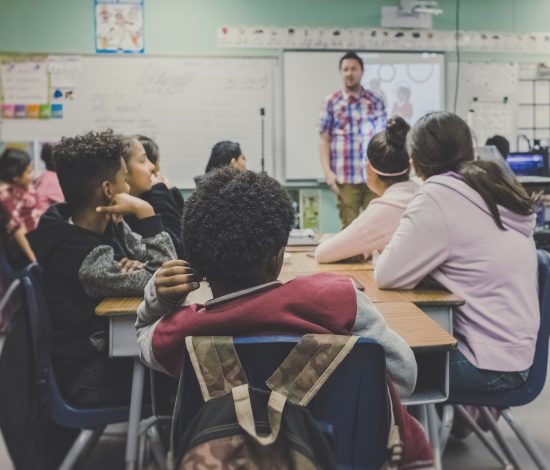 The Covid-19 pandemic poses complex challenges for schools in Oregon and beyond as the physical safety of students becomes the paramount concern. Schools around the world have taken to remote learning in an attempt to provide an effective alternative to in-person classes. Unfortunately, as Covid-19 continues to negatively impact the economy, many school districts face financial problems and may be forced to lay off teachers and/or delay hiring of new educators. As the protests in response to the death of George Floyd continue, schools are hearing more demands for improved teacher hiring practices, increased teacher diversity, and more inclusive curriculums to meet the needs of all Oregon students.

We conducted a DHM OVBC survey on teacher hiring practices and diversity between July 14 and July 22; we surveyed 603 Oregonians. Our panel was weighted by several demographic factors to ensure a representative sample of Oregonians.

We asked Oregonians if they support the “last hired, first fired” policy, or a policy that prioritizes retaining teachers based on performance when it comes to budget cuts that require reduced staff. A significant majority of Oregonians agree that layoff practices should be determined by performance rather than tenure. This majority was present across all political affiliations. More educated Oregonians were also in agreement while there was a slight decrease in support from those with a high school degree or less.

Oregonians are still open to the idea of long-term teachers being protected to prevent replacing them with lower wage educators. “Last hired, first fired” protects teachers who have given years of service to the school. Without protection, school districts are incentivized to replace higher wage, tenured teachers with those who are lower wage and less experienced.

We asked Oregonians if they agreed or disagreed with the statement: “Teachers with seniority need to be protected, otherwise, they will be forced out of their jobs since newer and less experienced teachers are paid less.” About half of our respondents agreed and 37 percent disagreed. There was little variation across party lines, with 56 percent of Democrats, 52 percent of non-affiliated voters, and 40 percent of Republicans agreeing. We found that our lower income respondents were more in agreement with our statement than those with higher incomes.

Addressing Diversity in the Classroom

When we asked our panel about diversity of educators, Oregonians were split on the need for more teachers of color with sharp differences by political party and other demographics. For example, 55 percent of Oregonians agree that schools in the state need to hire more teachers of color to better reflect the increasing number of students of color in the classroom. Twenty-nine percent disagreed and 16 percent were unsure.

Unlike “last hired, first fired” policies, when it came to hiring racially diverse education staff, there was a clear line down party lines. Eighty percent of Democrats agree that our schools should be hiring more diverse staff as compared to only 26 percent of Republicans and 49 percent of non-affiliated voters.

While the differences by party, education, and geography were wider, we saw an insignificant discrepancy when it came to race: 60 percent of Oregonians in communities of color agreed in comparison to 54 percent of white residents.

Most Oregonians agree that our state’s schools need more culturally inclusive curriculums to make it more accessible to students of color. The highest support for this suggestion came from Democrats (83 percent), college graduates (72 percent), and residents of the Portland metro area (73 percent).

What are Our Priorities?

Despite overall support for teacher and curriculum diversity, most Oregonians do not consider these as high priorities for schools. Even though 49 percent of Oregonians believe that a culturally inclusive curriculum is important and 42 percent believe that a diverse faculty should be a priority, they’re rated lower than other educational needs such as creating a sense of belonging of all students (73 percent) and supporting students’ social and emotional learning. While some might argue that these are different priorities, these kinds of changes directly and positively affect students’ well-being.