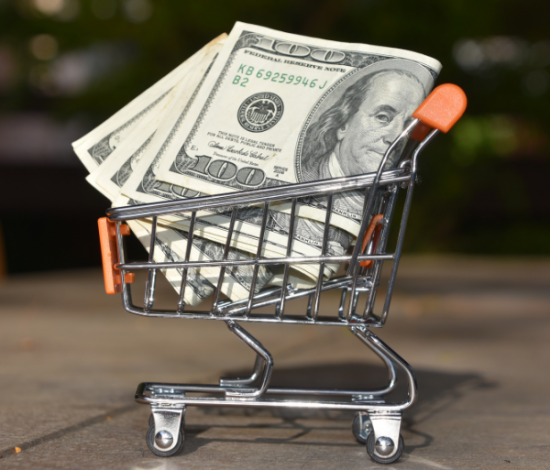 From September 13-21, 2022, the Oregon Values and Beliefs Center conducted a statewide survey of Oregonians’ values and beliefs, including beliefs and attitudes about the state of the economy in Oregon. A description of the methodology used for the research is provided below.

The question numbers in this document correspond with the survey questionnaire (Q3-6,Q8). Due to rounding, the percentages reported below may not add to 100% or compare exactly to the percentages for the same question in the annotated questionnaire or tabs.Subgroup variations between BIPOC and white Oregonians; rural and urban residents; and between age groups have been of particular interest to individuals and organizations and are provided in the Demographic Trends section below.

Majority of Oregonians are Worried About Their Financial Situation

Nearly two-thirds of Oregonians say they are very (26%) or somewhat (38%) worried about their personal financial situation. Just over one-third say they are not too worried (24%) or not at all worried (11%)(Q6).

While 75% of residents with a high school degree or less and 69% of those with some college experience are worried, a much lower 44% of those who have achieved a four-year degree or more education are feeling worried.

Compared to other questions about the economy, there are lesser differences between those who hold divergent political views. While worries are slightly lower for Democrats (56%) than for Republicans (67%) and other Oregonians (68%), the differences are smaller than observed for general questions about the economy. Economic liberals (60%) and conservatives (60%) have similar levels of worry, while moderates are slightly more worried (68%).

There does seem to be a clear correlation between those who are very unsatisfied (a rating of one on a five-point scale) with their political party and personal worries about finances: 79% of residents who hold this view are worried, compared to 59%-61% who rate their current party more favorably.

Beyond these differences, worries are higher among residents outside the tri-county area (Willamette Valley: 69%; Rest of State: 66%), women (69%), renters (78%), and those with school aged children in the household (74%).

“Concerned about wages and salaries keeping up with rising prices.”

“It is hard to survive in Oregon due to inflation rates and it makes me want to move.”

“Everything is getting too expensive. Regular people are struggling to make ends meet. It’s a scary time, feels like there isn’t much hope. It’s just a matter of getting by, not growing, no upward mobility.”

“Oregon’s housing price is way too expensive compared to the average family’s income most Oregonians have to live check to check and can only afford the essentials because how expensive housing is.”

The Economy Is an Important Issue for Oregonians

When asked in an open-ended format what issue they feel is most important for elected officials to address, three of the top ten most-mentioned issues are related to the economy: housing affordability (15%); cost of living, prices of goods and services, and inflation (6%); and income inequality (4%)(Q3).

“Pay attention to the homeless population, and homeless people, because there are too many of them, there are more and more people without houses to live in, raising wages to reduce prices to reduce housing prices is the most important.”

“Address the poverty and exceedingly excessive and expensive apartments that are being put up. No one can afford to live here anymore and things sit empty.”

“Affordable housing and the outrageous 14% rent increase they just passed. They think landlords aren’t going to raise the rent as much as possible? They’re crazy – Landlords are NOT trying to make things affordable for the people they house. We’re just going to continue to price out our young people and their families.”

“Homelessness is a symptom of financial distress. Although people love selling a house for 300% more than they paid, the astronomical rise in housing costs is not a positive when it leads to out of control rents and a skyrocketing homeless population. Local leaders are not willing to do much more than terrorize the houseless and periodically bulldoze their meager possessions in the hopes that they’ll somehow disappear.

“The inflation problem and the lack of money to buy items.”

Other issues related to the economy that Oregonians want their elected officials to prioritize include jobs and workplace quality and equity (3%); low income and poverty (2%); the economy in general (2%); and local or small businesses and economic development (1%). Overall, about one in three Oregonians say elected officials should prioritize addressing various economic issues.

“The economy cannot grow unless we can solve the affordable housing crisis.  Otherwise, employers are understaffed, and goods and services are not available.”

“The economy.  It drives the increase in the homeless.  It worsens the cost of living, especially for those on a fixed income.  The cost of gas is making people choose between food and getting to work.  It makes people feel desperate and a great deal of violence ensues.  So, yeah, the economy.”

“Gotta do something about the landlords/rent prices. People can’t afford to live. Not much to be done about gas/grocery prices but a rental/eviction freeze is long overdue.”

“Create infrastructure that provides jobs for local community members and protects our natural resources. Make sure adequate house of is available for working families and other younger county members.”

“Housing would be number one and then jobs for people like us.”

Results are similar to a January 2022[1] OVBC survey, where 3% rated conditions as excellent, 21% as good, 40% as fair, 20% as poor, and 13% as very poor. The slight shifts seen are all within the margins of error for these surveys, suggesting that little has changed since the start of 2022 when it comes to Oregonians’ perceptions of the state’s economy.

Unsurprisingly, residents with higher socioeconomic status have a rosier view of Oregon’s economy. For instance, 41% of those with at least a college degree say the economy is excellent or good, compared with 21% of those with some college experience and 17% of high school graduates. Differences are also seen by incomes, with 41% of those making $100K or more holding a positive view, while the same is true for 23% of those with incomes between $50K-$100K and 20% of those making less than $50K annually.

Political views also seem to shape perceptions of the economy, with Democrats and liberals more positive than others. When it comes to party, Democrats are more positive (38%) than Republicans (15%) and other residents (20%). Considering economic ideology, liberals hold more positive views (38%) than moderates (21%) and conservatives (16%).

Other Oregonians more likely to say the economy is excellent or good include homeowners (31%), tri-county residents (30%), men (29%), and those with school aged children (27%).

“Employees need to be paid more. Anyone working full-time should be able to avoid rent and food and other basics of life. Lack of day care at affordable cost is a huge issue for workers.”

“As anywhere, characterizing the economic situation in Oregon is complex. Low unemployment is a huge plus, as are increasing wages. Crazy high housing costs are a huge problem.”

“Oregon is very expensive and housing is ridiculous.”

“The economic conditions of Oregon are in lockstep with the rest of the country, which is not to say anything positive.”

“We are in a strong economic position…The pandemic was a jump starter long overdue to bring workers into reality that their value to industry and business was never appreciated and slowly industries and business are realizing they no longer control workers as a commodity.”

“Inflation has really impacted us. People can’t afford housing right now. With the rent cap being raised people are getting priced out of housing. Almost everyone I know has a roommate or requires a 2-3 income household just to barely get by.”

“Oregon’s economy is doing much better than the nation as a whole, but there is far too much attention being paid to the service industry (which might bring the owners long term wealth, but really just keeps the working poor working).”

Residents are Pessimistic about the Future

Looking again to the January 2022[2] OVBC survey, we see that sentiments have remained consistent: 46% said the economy was getting worse, 35% that it was staying the same, and 14% that it was getting better.

Again, political views impact perceptions of the economy’s future. Democrats are more likely than others to say things are getting better (19% vs. 5%-7%) or staying the same (41% vs. 22%-32%). Meanwhile, 69% of Republicans and 54% of Independents and non-affiliated voters say things are getting worse, compared to 34% of Democrats.

Those who are most satisfied with their current political party are more positive about the direction of the economy than those who are less satisfied (24% vs. 6%-15%), while the percentage of Oregonians who think the economy is staying about the same remains relatively stable across all levels of satisfaction (28%-36%).

Other groups that are more likely to say the economy is getting worse include residents outside the tri-county area (Willamette Valley: 52%; Rest of State: 54%) , renters (54%), and those with school aged children (55%).

“The economy in my opinion has roughly stayed the same. The economy is not my biggest worry. I worry more about the quality of the environment.”

“Oregon’s economy is fine, I just feel like economy everywhere is getting worse. With the way so many businesses keep raising prices while paychecks stay the same, it’s gotten to the point where a full day’s work is one gas tank.”

“Oregon’s economy can become better by rent being regulated and inflation control.”

“Oregon will soon be like Southern California, most people in poverty and miserable and a few rich people controlling things and making it worse.”

Identifying what unites us, Understanding what divides us.

Statement of Limitations: Based on a 95% confidence interval, this survey’s margin of error for the full sample ±2.26%. Due to rounding or multiple answer questions, response percentages may not add up to 100%.