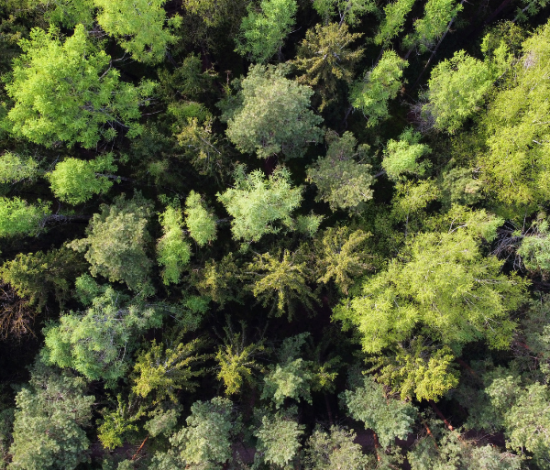 From November 10–19, 2022, the Oregon Values and Beliefs Center conducted a statewide survey of Oregonians’ values and beliefs about private, federal, and state management of Oregon’s forests. A description of the methodology used for the research is provided below.

A majority of Oregonians believe all the benefits bestowed by the state’s forests are important with environmental benefits considered most important (Q15-23A).

“Logging is hugely important for maintaining our forests and lessening the pollution-causing forest fires. It also is of vital importance for sustaining our housing and manufacturing markets, as well as creating vital jobs and economies for small-town and rural communities.”

“Environmental concerns, at this point, have to outweigh economic development. Without the environment, we have no economy.”

“Logging trees can be balanced with planting more.  Trees get old and sick, use them productively.”

“Jobs from tourism need to supplant jobs from cutting timber, and timber harvests should be halted on all public land.”

Nearly nine in ten Oregonians are concerned about access to clean water in the future (Q51).

Oregonians say it is most important that state forest management prioritizes water quality and protects habitat to conserve biodiversity (Q39-44).

“While I placed recreation last, it is only because the other needs are urgent.”

“Clearcutting, using herbicides, and then replanting single species is considered management – as is selectively harvesting and allowing natural mixed species growth. These are two completely different ways to manage our forests, and people need to understand the difference and why the differences matter.”

“It is sad people are doing this to trees and it’s wrong.”

Oregonians’ priorities are the same when it comes to the management of privately-owned forests (45-50).

“These are the priorities I would like to see but if the land is privately owned, I’m not sure that my priorities matter.”

“While it’s important and acceptable to insist that private forest land be managed for environmental benefits, that means that urban areas need to accept similar restraints, e.g., no more “natural” gas hookups and carbon taxes on fossil fuels.”

“Clear cutting should be outlawed. A tree farm does not a forest make.”

“Difficult to balance the rights of the landowner with what’s good for the community/world.”

About one-third of residents say that federal, state, and privately-owned forests are managed well (Q35–37).

Rural residents and those 65-74 years of age are the most critical of state forest management. Approximately half of the Oregonians in these groups do not agree state forests are well-managed (Q36).

Oregonians are split as to whether federal and state forests should be logged less often, more often, or the same amount (Q13, Q14).

The vast majority of Oregonians say we don’t have to choose between having healthy forests and a healthy economy (Q53).

Four in ten residents would appreciate more opportunities to learn about and get involved with Oregon’s forests (Q55).