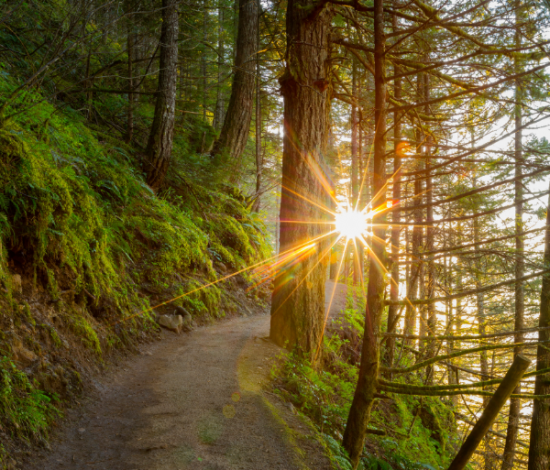 From November 10–19, 2022, the Oregon Values and Beliefs Center conducted a statewide survey of Oregonians’ values and beliefs including a few questions about Oregonians’ feelings of safety in natural areas. A description of the methodology used for the research is provided below.

A strong majority of Oregonians feel safe in their local natural areas (Q65-66).

“I generally feel safe, but have balance problems that make it difficult to run or move quickly if needed, so not feeling as safe as in past. Also, the increased number of guns out there makes me very nervous. I never used to consider getting shot, unless it was hunting season, in which case I did not and don’t wander off into the woods. Now there are many desperate homeless people camped out, and often drugged out, in remote spots. I no longer feel like wandering in the woods alone.”

“My fear of going to parks and natural areas has little to do with fires. It’s more about homelessness and crime.”

“Bend’s open spaces are being taken over by the homeless, so I used to feel safe in nature around Bend, but no longer do thanks to the criminal issues that are being ignored.”