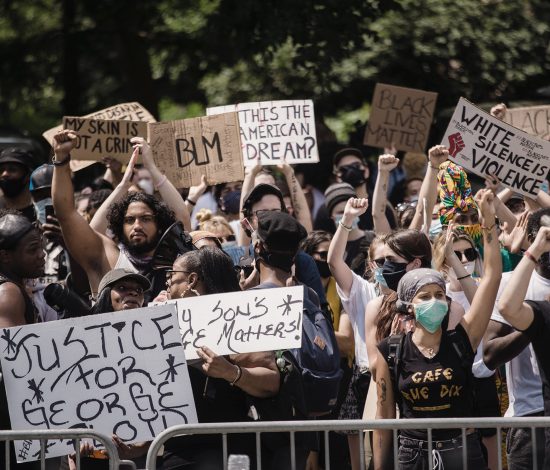 On May 25, 2020, George Floyd, a 46-year old Black man was killed by a police officer in Minneapolis, Minnesota, reigniting a nationwide call-to-action about ending police brutality and racial inequality. Globally, many have come out in support of Black Lives Matter, demanding that our police forces be reformed, defunded, or abolished completely in response. American leaders in several states have implemented policy changes to meet the demands of the ongoing protests. And here in Oregon, more than half the population (55 percent) have talked to friends and family about social justice.

Between July 14 and July 22, we surveyed 603 Oregonians about the police protests and racial injustice. Our panel was proportional to the state’s population, and we used demographic quotas to ensure a representative sample.

How Do Oregonians Feel About Police?

Oregonians approve of their local police force more than they do police outside of Oregon. More than half of respondents think their local police are doing a good job, while only 40 percent approve of police on a broader scale. It’s not uncommon for people to give better ratings to individuals and organizations closer to home than elsewhere.

We found that there were dramatically wide differences in approval when we looked at age and political affiliation. Older Oregonians (45–64) and Republicans were significantly more likely to approve of police in the United States as compared to Democrats and respondents under 30 who were far less supportive. Non-affiliated voters fell somewhere in the middle of older Oregonians and Democrats, but no other group neared the 80 percent approval rating that Republicans gave police in the United States in general.

On the other hand, when asked about why they disapproved of the police, Oregonians cited excessive violence, racism, and abuse of power. Those who approve of police in the United States say it’s mainly because policing is a tough job, and there are only a few bad cops because most police officers are well trained and professional.

When it comes to age and political affiliation, respondents under the age of 30 and over the age of 65, as well as Democrats, agreed that this is a bigger, systemic problem that needs to be addressed. Republicans and respondents ages 45–64 disagree. We think this age phenomenon may be a result of respondents 65+ seeing similarities between today’s protests against racial inequality and those during the Civil Rights Movement.

Reform or Defund the Police? Which Has More Support?

Most Oregonians are urging state leaders to address the intersection between race and policing by passing important mandates that focus on accountability. Respondents were split on whether the police should be reformed or funds should be reallocated for a different public safety approach. Seventy percent of Oregonians believe that the way that police do their job needs to be changed. More than half of those respondents believe that police have a problem with race but that the existing system can be fixed with reform; the remaining percentage said that reform hasn’t worked in the past and won’t work now.

Just under half of Democrats and Oregonians under 45 believe that we must defund the police and move those funds towards a reinvention of public safety measures. About half of respondents over the age of 45 said that reforming our current system will fix the race problem, while half of Republicans who answered said that police departments don’t need reform.

How Do Our Results Measure Up?

In early June, YouGov Poll conducted a national survey asking participants which statement was closest to how they feel about police reform. Their results found that most people think that the problem can be fixed by reforming the current system. However, our panel’s results suggest that Oregonians are closer to an equal split between defunding the police (31 percent) and reforming the existing system (39 percent).

When we asked respondents how much funding should be moved from the police budget to social services, on average, Oregonians thought 15–22 percent is a good amount. Both Democrats and non-affiliated voters fell close to that range, while Republicans suggested lower. Seventy-three percent of Republican respondents opposed reallocating any funds to social services whatsoever.

Other Forms of Justice to Consider

There are two possible alternatives to our current criminal justice system: restorative and transformative justice. We asked our panel what they thought about each, and 60 percent of respondents were unfamiliar with both concepts. After we provided a definition of each approach, a majority of Oregonians supported using the principles to reshape our criminal justice system. Democrats and non-affiliated voters were both more likely to support these methods, while Republicans largely disapproved of the alternatives.

While we found a significant and unsurprising split in partisanship across most of the suggested changes, a majority or respondents seemed to support changes in policing and improvements to public safety.