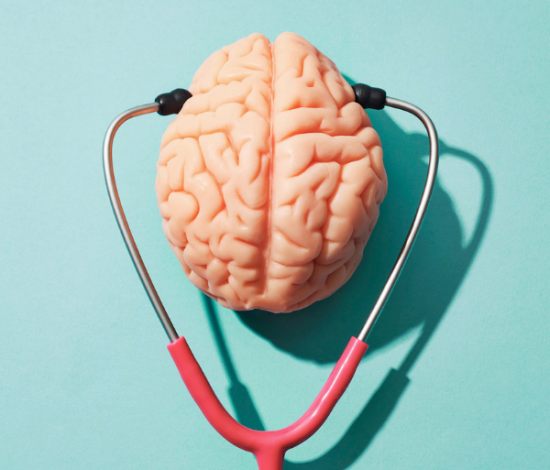 Mental health, like many public policy issues, is complicated and multifaceted, and hard to cover in a short survey without many respondents feeling we’re oversimplifying things. Please know that as a nonprofit organization, OVBC is working hard to have the resources to provide Oregonians with a more complete understanding of public opinion about mental health and the other issues we ask about in our monthly surveys. This includes more in-depth quantitative research and qualitative research to understand the motivations underlying attitudes expressed in the surveys.

In the meantime, to assist organizations working to build stronger communities across the state with their planning, policymaking, and communications, we will give our respondents an opportunity to respond to general questions about an issue so as to report the broad spectrum of how a representative cross-section of Oregonians feels about it at a high level. This includes an opportunity in the survey to provide any volunteered comments about the issue. These verbatim responses are included in our analysis and reporting.

From November 8-15, 2021, the Oregon Values and Beliefs Center conducted a statewide survey of Oregonians’ values and beliefs, including questions about mental health. The questions were intended to gather preliminary data to inform more in-depth research in the months ahead.

The online survey consisted of 1,200 Oregon residents ages 18+ and took approximately 15 minutes to complete. Demographic quotas and statistical weighting were used to ensure a representative sample. Based on a 95% confidence interval, this survey’s margin of error, for the full sample, ranges from ±1.7% to ±2.8% depending on how the response category percentages split for any given question. Due to rounding, numbers may not add up to 100%.

The question numbers in this document correspond with the survey questionnaire, available to download at the bottom of the page (Q1-36).

The first series of questions dealt with Oregonians’ levels of satisfaction with a variety of public services, resources, and attributes where they live (Q1-17).

Oregonians tend to be most satisfied with the natural resources and opportunities for outdoor recreation in their area, with very/somewhat satisfied ratings higher than 60% for each of the following (Q7, Q10, Q11, Q13):

Oregon’s natural resources and outdoor recreation spaces have also received high satisfaction scores in other statewide surveys, including a DHM Research study from November 2018 which placed all these attributes in the top tier for satisfaction, and are routinely cited as key reasons Oregonians choose to live in the state.

Comparatively, Oregonians’ satisfaction with mental health resources in their area is much lower (Q12, Q17):

Only 12% of Oregonians are satisfied with homelessness services (which often include mental health supports) in their area. A notable 82% of Multnomah County residents are not very or not at all satisfied with homelessness services in their area (Q2). An October 2020 survey conducted by the Oregon Values and Beliefs Center[1] found that Oregonians believe mental illness is the number one reason people become homeless.

Which is More Important: Mental Health or Physical Health

Oregonians overwhelmingly believe that physical and mental health are equally important for individual well-being, with 79% sharing this sentiment. Women are more likely to feel this way than men (83% vs. 75%) (Q18). These results are consistent with a 2010 survey conducted in Clackamas County by DHM Research[2] which found that 76% of Oregonians held physical and mental health as equally important for individual well-being.

Interestingly, a strong majority of Oregonians (65%) believes that society in general treats having good physical health as more important than having good mental health, up from 53% in the aforementioned Clackamas County survey from 2010 (Q19).

As shown, past surveys conducted by the Oregon Values and Beliefs Center have found that large majorities of Oregonians view mental and physical health as equally important for individual well-being, so the stark disparity in satisfaction levels Oregonians express regarding the mental and physical health services in their area is worth noting for healthcare providers and decision makers.

The third series of questions dealt with different demographic groups in Oregon and whether respondents feel they are treated fairly, get special advantages that others do not get, or are treated unfairly or are discriminated against (Q20-24).

There are only two tested groups that a majority of Oregonians feel are unfairly disadvantaged (Q23, Q24):

In Their Own Words: Oregonians Share Their Thoughts on Mental Health

Respondents were provided the opportunity to weigh in open-ended with any other thoughts they have on the subject of mental health. Below is a representative sample of quotes from respondents, with key themes including the need for society to discuss mental health issues more openly, removing the stigma or taboo from the topic, and placing mental health on par with physical health as a societal priority (Q36).

“Mental health is a taboo subject — we as a society need to have a better more open forum for discussion on the subject.”

“Society needs to become better educated about mental illness, thus helping to change the perception of mental health and its importance in the overall health of individuals and society as a whole.”

“Society deals with mental health issues too late. Trauma and other experiences in the home, family, and community while growing up are root causes. We fail in that respect by not providing nurturing, supportive, loving environments.”

“Help and resources for mental illness treatment are woefully underfunded, and many people in society see them as personal failings rather than valid medical issues. Plus systemic issues that people fail to acknowledge compound the issues.”