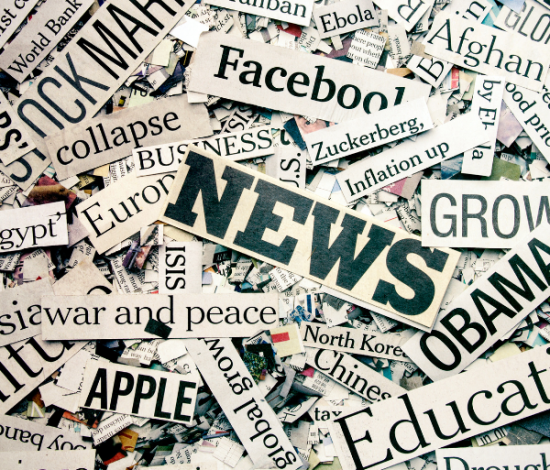 From August 3–10, 2022, the Oregon Values and Beliefs Center conducted a statewide survey to better understand attitudes about local news, as explored in previous surveys. A description of the methodology used for the research is provided below.

Two-thirds of Oregonians follow local news and community issues at least somewhat closely (64%). College graduates are among the most likely to follow local issues somewhat or very closely (80%) (Q1).

By comparison, 47% of high school graduates focus on these issues somewhat or very closely, along with 67% of folks with some college education.

Men are significantly more likely than women to say they keep somewhat or very close tabs on local news (67% to 61%).

Websites and Apps are More Popular Amongst Oregonians

Regardless of demographic category, Oregonians most often favor accessing local news through websites and apps (Q2A-Q2I). Overall percentage point differences between groups are low in comparison to other forms of media (Q2E).

Just 44% of Oregonians say they get their local news from print publications, with slightly higher usage from those living in the Tri-county region compared to those in Willamette Valley and other areas of the state (47% compared to 41-43%) (Q2D).

College grads are twice as likely to get their news from print publications compared to those with a high school diploma or less (60% compared to 29%). Oregonians with at least some college under their belt fall about halfway between at 46%.

Residents are least likely to get their news from podcasts (20%) or neighborhood-based sites like NextDoor (29%), but neighborhood sites have a dedicated albeit smaller following (Q2C, Q2H).

There is no single demographic group that stands out as more invested in NextDoor and similar sites than others, with most groups hovering between one-quarter and one-third of residents invested (Q2H).

Which Local Organizations Provide News For You?

Respondents were asked which specific local organization most often provides them with news and information about their area of Oregon (Q3).

The two news sources most frequently mentioned by Tri-county and Willamette Valley residents are The Oregonian/OregonLive and Oregon Public Broadcasting (OPB).

In the Portland metro area and the Willamette Valley, major news stations like ABC or CBS were mentioned, but more commonly residents pointed directly to the local stations, such as KGW, Fox12, and KATU.

For television, the primary regional channels mentioned include KOBI (Jackson and Klamath Counties) and KPIC (Douglas and Coos Counties).

In urban cores across the state, weekly papers (or some alternative) are popular. Other rural cities are served by small, traditional outlets (Q3).

Portland area residents rely on the Willamette Week, and folks in Deschutes and Lane Counties similarly rely on the Bend Bulletin and Eugene Weekly for local news.

For non-media organizations, residents also say they rely on the newsletters and social media presence of their city or county for local updates (Q5A).

A strong majority of Oregonians say they can trust local news organizations for information about community issues (75%) (Q4).

Those more likely to follow local issues in the first place exhibit the strongest trust in local reporting. For example, 83% of college educated Oregonians trust their local news, compared to 67% of high school graduates.

There are no significant differences in levels of trust when comparing the Tri-county region, Willamette Valley, and rest of the state.

Many, but certainly not all, residents believe local news is more balanced and accurate than national news (Q5A).

“The information is always accurate and unbiased.”

“They seem to allow all sides to present.”

“I believe that the more local the news, the more it is likely to be accurate.”

Frustration with a perceived lack of objectivity was a strong theme among people’s reasons for dissatisfaction with local news. Regardless of region, a top complaint for Oregonians regarding local news is biased reporting (34%) (Q5b).

Other criticisms related to non-objectivity included the following:

“Their politics are one-sided.”

“Their agenda seems very biased and doesn’t report, in my opinion, newsworthy news often. Or it glorifies something that happens which glorifies the wrongdoings of said person, which then is like a revolving door for things to keep happening. Often why I hate watching news.”

“Almost universally for-profit, and so unwilling to provide negative coverage on the businesses they depend on for advertising revenue.”

“Most of the news has no relevance to me. Almost all news is not news but opinions. I just want the facts. I can form my own opinion.”

The second-most popular reason for dissatisfaction with local news is a lack of local coverage. 18% of those who are dissatisfied cite a lack of coverage in their area of Oregon, or too much focus on Portland or national news (18%) (Q5b).

“Our local paper never covers city/county advisory/adjudication boards unless it’s something controversial. […] Most people in our area can’t name two or more people on city/county council or any of the boards that advise or adjudicate for them because the local paper does such a bad job of keeping us informed.”

“Since selling to out-of-state owners with no interest in (beyond $), knowledge of or connection with our community; just a couple “local” reporters, instead using employees in Texas who compile 2 skinny sections from the internet/AP, the Register-Guard is no longer a reliable source of information. Every issue I’ve perused has been rife with inaccuracies betraying their complete lack of familiarity – Eugeneans know better.”

“They combined the Canby Herald and Molalla Pioneer into one paper and now rarely cover Molalla events.”

“We used to have a local daily paper, which was recently discontinued. There is not really a good source for finding out what’s happening, either in politics, business, environment, or entertainment.”

Other reasons for dissatisfaction include poor quality (11%); a lack of depth or follow-up (11%); a desire for different content or a feeling that specific content is missing (9%); general mistrust (5%); too few reporters (3%); barriers to access such as paywalls or no mail service (2%); stories are delayed, not timely (2%).

Some people in urban and rural areas alike feel that local news organizations leave out important stories of identity and community priorities. (Q5B).

“I feel like some areas of interest are excluded, such as issues affecting low-income people, the LGBTQ+ community and POC.”

“I feel like the news in Portland makes Black people look bad.”

Woman, age 18–29, Multnomah County, Black or African American, Hispanic or Latino/a/x, and another race (5a)

“I have little to no opinion, but what opinion I do have is pretty dissatisfying. They seem to focus only on wealthy white people with Republican views, logging, and other things that don’t resonate with me.”

“Not addressing the housing crisis and the cost of living outpacing wages.”

There is no statewide consensus on whether local news organizations are able to focus on truly local issues, as opposed to reprinting statewide or national news. The issue may reflect resources available in each region of the state (Q5A, Q5B).

“This is a small population but geographically large county. To provide insightful publications in such a place is a challenge they have risen to.”

“Occasionally inaccurate or missing details.  Local newspaper does not have enough local reporters and its merger with neighboring area newspapers has diluted the city news.”

“They seem to provide coverage of key issues but don’t always press for hard answers.”

“Our local paper never covers city/county advisory/adjudication boards unless it’s something controversial. Most people in our area can’t name two or more people on city/county council or any of the boards that advise or adjudicate for them because the local paper does such a bad job of keeping us informed.”

“We used to have a local daily paper, which was recently discontinued. There is not really a good source for finding out what’s happening, either in politics, business, environment, or entertainment.”

Methodology: The online survey consisted of 1,781 Oregon residents ages 18+ and took approximately 15 minutes to complete. Respondents were contacted by using professionally maintained online panels. In gathering responses, a variety of quality control measures were employed, including questionnaire pre-testing, validation, and real-time monitoring of responses. To ensure a representative sample, demographic quotas were set, and data weighted by area of the state, gender, age, and education.

Statement of Limitations: Based on a 95% confidence interval, this survey’s margin of error for the full sample ±2.32%. Due to rounding or multiple answer questions, response percentages may not add up to 100%.