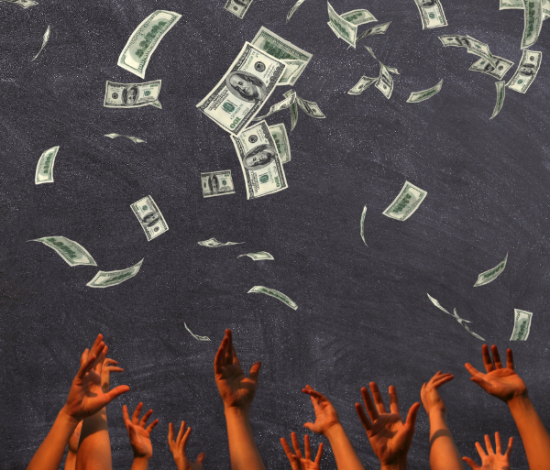 From March 16-23, 2022, the Oregon Values and Beliefs Center conducted a statewide survey of Oregonians’ values and beliefs about services and policies that are commonly recommended for supporting Oregon children. The question numbers in this document correspond with the survey questionnaire (Q1, Q1a, Q6, Q27).

What Education Level is Most Important to Oregonians?

When it comes to what education level Oregonians prioritize for the expenditure of taxpayer dollars, a plurality (26%) say grades 9-12 are the most important. The second priority tier includes K-3rd grade (17%), grades 4-8 (13%) and community colleges (11%) (Q1).

Grades 9-12 are the top priority for men and women (30% and 23%, respectively). Prioritizing grades K-3 are a close second for women at 21%. Oregonians with school-aged children place the highest priority on grades 9-12 (33%).

Democrats are more likely to prioritize birth to age 5 education for the expenditure of taxpayer dollars than Republicans (15% vs. 4%). Prioritization of this education level increases with higher respondent education levels.

Provided the open-ended opportunity to comment on the most important levels of education, several key themes emerge, including an emphasis on vocational/trade schooling, the importance of early education for healthy development, and the overall difficulty of prioritizing one grade level over another. Below are some representative quotes (Q1a).

“All little humans need a solid foundation at the beginning of their lives. However, taxpayer dollars are needed at all levels to ensure quality education throughout their lives.”

“The middle school through high school years are where kids are most likely going to make the decision of pursuing higher education, a career path and/or trade school. More focus on helping define and support these decisions is important.”

“Early education is critical to childhood development and future economic and social success. It’s highly correlated with crime reduction and other community challenges.”

When it comes to curriculum for K-12 schools, Oregonians rank “nurturing of the whole child” (i.e. schools should tend to the social, emotional, and mental health needs of students and make sure they are developing non-cognitive skills like relationship building and self-motivation) as the most important consideration for students and the future of Oregon (39%). This was ranked as more important than “back to basics” (23%), “standardized curriculum” (21%), and parent choice (Q17%) (Q6).

Is the School Board on Board? (Do Oregonians Think it represents their views?)

Oregonians are split on whether they feel the school board in their district represents their values and beliefs, with 36% saying yes and 38% saying no. A notable 26% are unsure, perhaps indicating a lack of familiarity with the work of their local school district (Q27).

“Identifying what unites us and understanding what divides us.”

Methodology: The online survey consisted of 1,563 Oregon residents ages 18+ and took approximately 15 minutes to complete. Respondents were contacted by using professionally maintained online panels. In gathering responses, a variety of quality control measures were employed, including questionnaire pre-testing, validation, and real-time monitoring of responses. To ensure a representative sample, demographic quotas were set, and data weighted by area of the state, gender, age, and education.
Statement of Limitations: Based on a 95% confidence interval, this survey’s margin of error, for the full sample, ranges from ±1.1% to ±1.9%. Due to rounding, numbers may not add up to 100%.