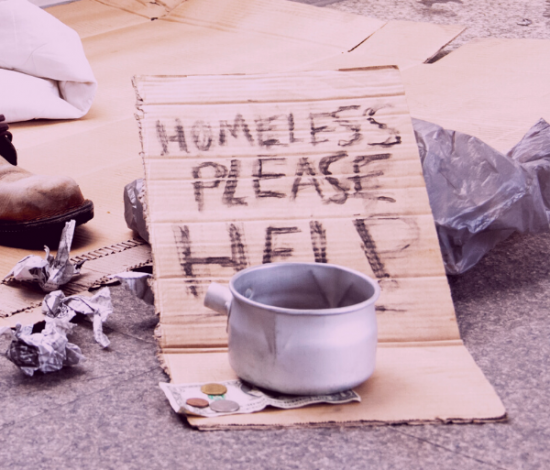 Homelessness, like many public policy issues, is complicated and multifaceted, and hard to cover in a short survey without many respondents feeling we’re oversimplifying things. Please know that as a nonprofit organization, OVBC is working hard to have the resources to provide Oregonians with a more complete understanding of public opinion about homelessness and the other issues we ask about in our monthly surveys. This includes more in-depth quantitative research and qualitative research to understand the motivations underlying attitudes expressed in the surveys.

In the meantime, to assist organizations working to build stronger communities across the state with their planning, policymaking, and communications, we will give our respondents an opportunity to respond to general questions about an issue so as to report the broad spectrum of how a representative cross-section of Oregonians feels about it at a high level. This includes an opportunity in the survey to provide any volunteered comments about the issue. These verbatim responses are included in our analysis and reporting.

From November 8-15, 2021, the Oregon Values and Beliefs Center conducted a statewide survey of Oregonians’ values and beliefs, including questions about homelessness and its causes. The questions were intended to gather preliminary data to inform more in-depth research in the months ahead.

The online survey consisted of 1,200 Oregon residents ages 18+ and took approximately 15 minutes to complete. Demographic quotas and statistical weighting were used to ensure a representative sample. Based on a 95% confidence interval, this survey’s margin of error, for the full sample, ranges from ±1.7% to ±2.8%. Due to rounding, numbers may not add up to 100%.

The question numbers in this document correspond with the survey questionnaire, available to download at the bottom of the page (Q2, Q5, Q12, Q37-53).

70% of Oregonians believe it is very important or urgent for leaders in their community to make doing something about homelessness (or houselessness) their number one priority. This is up 20 points from an October 2020 survey conducted by DHM Research and OVBC[1], which found that 50% thought this was very important/urgent. The largest jump was observed for “urgent” ratings, which increased from 22% to 39% over one year (Q37).

Only 12% of Oregonians are somewhat or very satisfied with the homelessness services in their area. Women are the demographic group least likely to say they are satisfied (7%), along with Multnomah County residents (8%)(Q2).

Additionally, only 13% of Oregonians are satisfied with housing affordability in their area.

23% of Oregonians are satisfied with mental health services in their area, while twice as many are dissatisfied (46%). The aforementioned October 2020 survey1 found that Oregonians believe mental illness is the number one reason people become homeless (Q12).

How Oregonians End Up Homeless

Respondents were provided a list of 13 reasons why someone might become homeless and were asked to rank the three most consequential (Q38-50). The following reasons garnered the highest percentage of number one rankings:

Mental illness was also cited as the number one reason people become homeless in October 2020, followed closely by substance abuse and lack of affordable housing.

Can the Right Policies and Resources Solve Homelessness?

In Their Own Words: Oregonians Talk About Homelessness

Respondents were provided the opportunity to share any other thoughts they have about homelessness. Below is a representative sample of quotes from respondents, with key themes including the need for more affordable housing and shelter space, the importance of job assistance, concern over garbage and trash, personal or family experience with homelessness, and the connection between mental health and substance abuse (Q53).

“This is a very difficult subject with no easy and quick answer. The homeless with mental health and substance abuse issues should get help and some temporary housing. When they have recovered and are able to work, it would be good for them to receive some job training and/or assistance with finding a job. There should then be affordable long-term housing for them. Unfortunately, some would choose to remain as they are.”

“The community needs to step in as soon as possible and provide immediate support with shelter and assistance finding a job. Daily encouragement and getting people to understand that they can save themselves if they really work at it. Nothing good comes from sitting around and waiting for something for nothing, or worse, nothing at all.”

“Throwing money at this problem doesn’t work. we need public spaces to be clear of camps and trash if there is any hope of businesses returning.”

“Build more low-cost housing…not cheap but VERY cheap so more people can afford them. The tent cities are not a good solution at all. Zoning changes to allow multistory tiny apartments, with caregivers on staff. Like nursing homes but for other kinds of people.”

“Focus less on managing homelessness and more on preventing cases. Lower housing costs. Ensure people have more tools to take control of their life. Damage control isn’t worth the money unless we solve the root of the issue.”