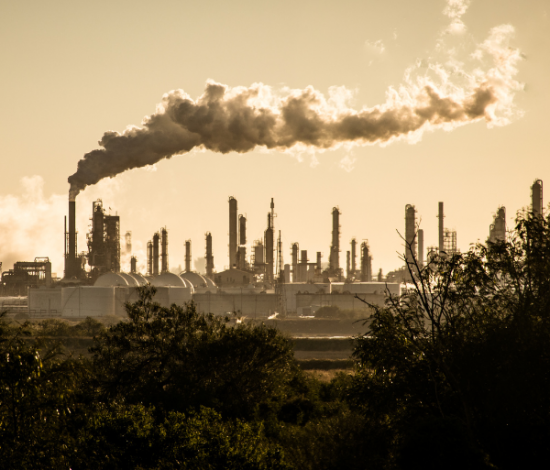 From September 13-21, 2022, the Oregon Values and Beliefs Center conducted a statewide survey of Oregonians’ values and beliefs, including beliefs and attitudes about climate change and greenhouse gas emissions. A description of the methodology used for the research is provided below.

The question numbers in this document correspond with the survey questionnaire (Q3,Q7,Q12-17,Q38). Due to rounding, the percentages reported below may not add to 100% or compare exactly to the percentages for the same question in the annotated questionnaire or tabs. Subgroup variations between BIPOC and white Oregonians; rural and urban residents; and between age groups have been of particular interest to individuals and organizations and are provided in the Demographic Trends section below.

Climate Change is the 6th Most Important Issue for Oregonians

When given the opportunity to express in their own words what they see as the most important issue for elected leaders to address, 5% of Oregonians mention climate change, making it the sixth-most commonly mentioned issue, behind homelessness (38%); housing affordability (15%); crime and safety (12%); drugs and addiction (8%); and cost of living and inflation (6%) (Q3).

“I want elected leaders to tackle climate change and think of solutions to be a greener state.”

“We’re making progress on measures to mitigate the effects of climate change and mitigate the worsening effects of the use of fossil fuels, but more can and should be done.”

Other issues related to the environment that are mentioned as important include environmental and/or natural resource stewardship and land use (3%); forest and wildfire (2%); and water and drought (1%).

Oregonians feel strongly that maintaining a quality environment to attract people and companies to Oregon is more important for economic growth (60%) than relaxing environmental protection regulations to make it easier for companies to do business (25%). 15% are unsure which approach is better (Q7).

“Relaxing environmental protection” will further degrade quality of life, safety, health, and welfare of Oregonians for the benefit of a few wealthy people (many from out of state) who profit from extraction industries.”

“It’s a double edge sword. And we all the one way and now it seems we went all the way the other way and we need balance. Forest fires are ridiculous in my area. It hurts the economy because tourist dollars disappear. Small business in turn struggle. We should allow more winter slash burning and forest cleanup. It’s tough to know what is exactly the right thing but more balance.”

“Bring back logging! Where I live that’s our main industry and it’s slowly being shut down.”

“If the air is bad, or the water is dirty, or if you can’t go hiking due to wildfires then that’s going to impact tourism.”

“I actually think that we need to be very careful about adding more regulations which will stifle business that is already here. I think our tax structure inhibits established businesses by giving huge breaks to out of state hi-tech businesses with the net result that businesses and individuals that are in Oregon already must bear a higher burden. The state should also encourage businesses to locate in former timber and fishing towns in rural areas instead of only in Portland. Data Centers in Central Oregon are helpful, but soak up a lot of cheap electricity with few jobs after construction. Finally, many urban people in particular have lots of ideas for environmental rules that don’t affect them economically.”

“There will be no economy if there is no water. Small cities are already suffering through the worst drought in centuries even as we experience a rare La Niña weather pattern for 3 years in a row. Climate change is drying the landscape and forcing small cities to make big decisions about growth and development while facing unprecedented inflation.”

“It’s all about balance. No one wants unregulated growth, but no one wants growth stifled by excessive regulation either.”

61% of Oregonians think our state should be doing more to create affordable solar and wind-generated energy as electric energy alternatives. Meanwhile, 17% think that Oregon is doing just about enough, 12% think Oregon is doing too much, and 10% are unsure (Q14).

Do We Need to Have Stronger Action?

Will It Make Oregonians More or Less Likely to Vote?

Many Oregonians view greenhouse gas emissions as an issue worth considering, but opinions differ on its importance compared to other issues, as illustrated by their word-for-word responses (Q17,Q38):

“Our future generations are depending on our actions today.”

“Climate change is real, and it’s for the worse; so yes, government should do something to combat climate change. However, we shouldn’t destroy our present economy while trying to mitigate climate change.”

“Greenhouse gas is a small issue on the big scale of government action.”

“As a 20-something, there is huge amount of uncertainty about my future that stems from greenhouse gas emissions and the effects they have on the climate. Living through forest fires and extreme weather events, on top of knowing how the climate crisis will likely progress to a point of no return in future decades, has made me reconsider how and when I travel, what I buy (food/clothing), what I eat, and most importantly, if I want to have children. For these reasons, addressing greenhouse gas emissions and other strategies related to curtailing the climate crisis is one of my very top priorities as a voter.”

“‘Greenhouse Gas’ is a scam foisted on us by rich city dwellers who want to have power over everyone else.”

“I think Oregon needs to focus more on making big businesses and corporations focus on reducing their greenhouse gas emissions and if they can be more green the citizens of Oregon can continue to live their normal life with no change.”

“The degrading climate affects everyone locally and globally, and affects public health, agriculture, and economics.  Climate deniers encourage self-interested short-term thinking which is a barrier to progress on GHG emissions.”

Identifying what unites us, Understanding what divides us.