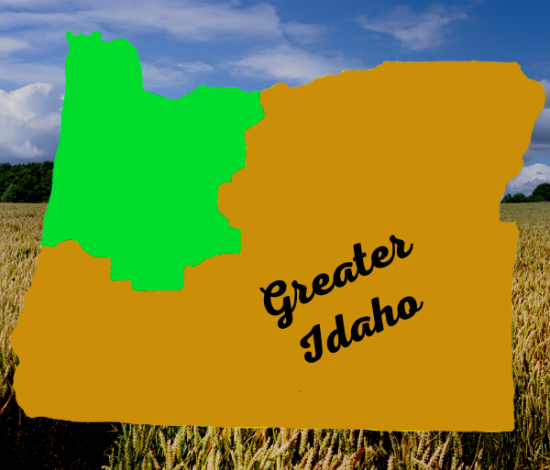 From June 8th through 14th, 2021, the Oregon Values and Beliefs Center conducted a statewide survey of Oregonians’ values and beliefs regarding the Greater Idaho movement. The questions were intended to gather preliminary data to inform more in-depth research in the months ahead.

Should Counties be Allowed to Join Idaho if Voters Approve?

I don’t understand what they have to gain by switching. While they may feel they are more similar to the lifestyle and attitudes of Idaho, joining them actually reduces their influence since they’re joining a like-minded region compared to having some sort of influence on Oregon.

I am an OREGONIAN. Born and raised; I do not wish to be an Idahoan. OREGON PROUD.

The shallow, mean-spirited side of me wants to say, “oh heck just let them go,” but then that side of me doesn’t want to face the fact that I live in Portland surrounded by people who look like me and see things exactly the way I do. Talking politics here is preaching to the choir. The few people who don’t agree with the liberal majority don’t speak up because they’ll get shouted down by the liberal majority, and we think we’re such nice people. We need to move toward a culture where we value all the voices and respect people as people regardless of their opinions. The divides in this country could be part of what brings it down someday and that would be tragic.

If you want to live in Idaho, you should move there.

I think most people are tired of the way Oregon is being run and are looking for a change, but moving boundaries isn’t the way. If you really want to live in Idaho, then move.

If you don’t like living within Oregon…move! It doesn’t make sense to mess up our borders because of whiny conservatives.

This is a longed-for solution for these counties, decades old. They want Curry County to eventually get them coastal access, too. The USA is a mangled country now, changing borders may create regional areas where people are more like-minded, but I see it as a dangerous precedent.

Perhaps the movement will have some value in publicizing the frustration of rural areas whose needs and voices are ignored by the dominant urban vote. If it succeeded it would probably be at the cost of conservatives left behind in the area that did not secede, but at least some voters would get to experience a more representative government.

I feel like those counties would get out from under the heel of the liberal policies that are choking the state of Oregon since the lawmakers have no idea what life is like in the rural areas, all they care about are their constituents in the major metropolitan areas such as Portland, Bend, and Salem.

How Likely is a Border Change?

Firstly, it promotes segregation instead of accepting different political viewpoints. Secondly, the main tax base comes from primarily Democrat counties. If the “red” counties became part of Idaho, those forming the new Idaho would have an increasingly high cost of living and limited access to state programs.

The financial impact to have counties join Idaho for both states would be hard to work out. The counties wanting to join Idaho have much smaller populations & would not bring much financial ‘wealth’ with them.

We in these counties are rural, spread out, and low average incomes. The taxes required to maintain and improve the infrastructure required for such vast and lowly populated areas can’t be generated by the population in these counties alone. Where will Idaho get the additional resources? If from these counties, the tax rates will skyrocket.

Would Moving the Border be Positive or Negative?

These counties benefit financially from tax revenues from the affluent I-5 corridor metropolitan areas. Without this, they cannot survive. The State of Idaho won’t raise taxes on their own people just so that they can service the greatly expanded territory that spans all the way down to Brookings. With supporters of this political stunt also being strongly anti-tax, there is no logical way how the “Greater Idaho” can be financially or economically sustainable. On the other hand, these people leaving Oregon will be a benefit to the rest of Oregon.

First of all, there will be an increase in taxes. Especially sales taxes, and I don’t think they realize that.

Oregon legalized marijuana in 2016 and has benefitted amazingly from the taxes collected from legal marijuana sales. Those counties wishing to secede risk finding themselves in tighter financial situations than they were in before marijuana was both decriminalized and legalized for medicinal and recreational use.

Tax funds from the western half of the state help cover costs for all kinds of things in my county and the neighboring ones, from road repairs to social services to recreation opportunities. Idaho’s legislature and government have also been terrible in their response to the pandemic and in ignoring public safety.