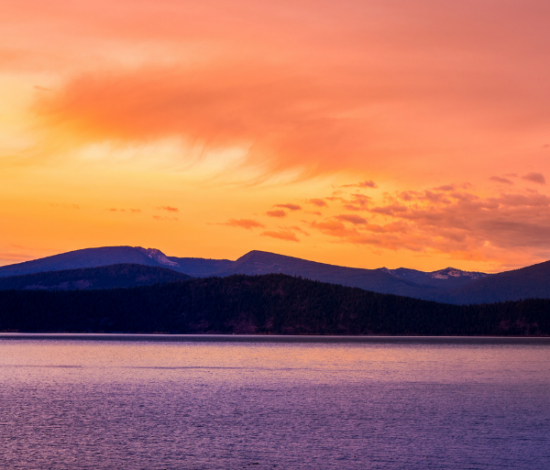 With a new year quickly approaching, the OVBC December survey initially focused on Oregonians’ perception of Oregon’s future and the most important issue that respondents feel needs to be addressed. These two questions were previously asked in the October 2020 OVBC survey[1], which allows us to compare how Oregonians’ perspective on the state’s future and on the most important issue we face has changed over time.

From December 9-17, 2021, the Oregon Values and Beliefs Center (OVBC) conducted a statewide survey of Oregonians’ values and beliefs, including questions about Oregon’s future and the most important issues for elected officials to do something about. The questions were intended to gather preliminary data to inform more in-depth research in the months ahead.

The online survey consisted of 1,233 Oregon residents ages 18+ and took approximately 15 minutes to complete. Demographic quotas and statistical weighting were used to ensure a representative sample. Based on a 95% confidence interval, this survey’s margin of error, for the full sample, ranges from ±1.7% to ±2.8%. Due to rounding, numbers may not add up to 100%.

The question numbers in this document correspond with the survey questionnaire and crosstabs, available to download at the bottom of the page (Q1, Q2).

Worried About the Future

The first question asked Oregonians how worried they are about Oregon’s future (Q1).

The Most Important Problem

Comparing the Concerns of December 2021 to those of October 2020

In Their Own Words: Oregonians on the Most Important Issue for Elected Leaders to Address

Below are a few representative responses provided in the December 2021 survey:

The homeless issue, as in helping them not just displacing them.

Getting rid of homeless camps by neighborhoods and parks. Requiring the homeless to go into rehabs and programs.”

Law and order regarding crime and the homeless.

To help the unemployed find more jobs and bring more investment to our state.”

Consistent budgeting and financial expertise. We need to vote on the sales tax again as there are still too many underground untaxed businesses.

Reduce polarization among the citizenry. They should also reduce partisanship among the legislators, but if the voters change their attitudes, I expect the politicians will follow suit.”

Affordable housing for people who rent, and especially low income, elderly, and disabled.”

Climate change and environmental degradation because if we don’t get a handle on that, our other problems won’t matter.

Homelessness is getting out of control. Even with an increased number of programs and spending, our leaders are failing to show any real progress.

We need to improve our forestry practices and standards to be more sustainable and in line with Washington and California.

The biggest issue is the economy and workers’ wages. It is way too difficult to make enough money to have a good life without burning yourself out.

Homelessness is a big problem. They seem to have more rights than taxpayers who have to put up with their filth and crimes in their neighborhoods and downtown.

Care about rural Oregon. I realize that Eugene and Portland hold a lot of the population, but there are so many people in rural Oregon that need to have their needs met as well.

This is very destabilizing, the huge numbers of people struggling financially without reasonable safety-net public services like well-funded education, healthcare, etc. while the ultra-rich keep ruining everything including the economy, air, water, and climate.

I want the end of face mask-wearing mandates and all efforts to impose vaccination requirements and digital records to be stopped.

Economics. Houses are too expensive. Taxes and rent are too high. Oregonians don’t feel they are able to provide for themselves. Our state is unaffordable for people going into adulthood and our rising homeless population should help show that.