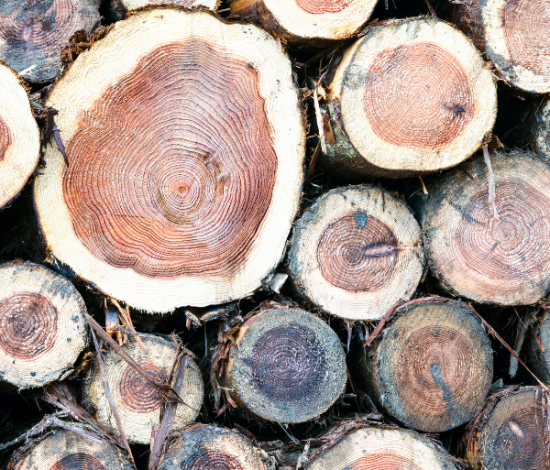 From November 10–19, 2022, the Oregon Values and Beliefs Center conducted a statewide survey of Oregonians’ values and beliefs about practices used to maintain the health of Oregon’s forests, for environmental quality and economic benefits. A description of the methodology used for the research is provided below.

“’Tree plantations planted after clearing cutting’ was difficult to answer because I strongly disagree with clear cutting in the first place but do think that they should be replanted if it has to happen.”

“From my limited reading, I understand a healthy forest needs mixed sorts of trees, and cutting to leave sentinel trees and some remaining forest diversity is best.”

“Plantation trees all tend to be the same species, from a small handful of sources; there’s little genetic diversity. They also are all the same age. A healthy forest is a varied forest.”

Oregonians are split as to whether forests are logged too often, the right amount, or not enough, but a plurality of four in ten say there is too much logging (Q1-Q1A).

“As long as trees are replanted. I understand how the trees provide an important renewable resource; I just hope the replanting is being done how they say it is.”

“I believe that logging is a good business if done sustainably. However, the companies in Oregon have not observed this and have destroyed valuable forested areas.”

“The worst part is the way they are being logged. Clear cuts are not the way to go; selective harvesting is needed and old growth forests need to be protected.”

“It is a shame that year to year returns for investors rather than long term profit have guided such a large amount of the harvest into shorter rotation, smaller dimension being the norm.”

“Logging is necessary to help prevent wildfires and killing wildlife. It helps preserve wildlife so that we can enjoy it while respecting it for many generations to come.”

“People have a generally negative perception of logging because of environmentalists highlighting the clear cuts that were widespread years ago. The reality is people need and use wood products, that logging is dangerous and difficult but is also part of good land management.”

Nearly half of residents believe that snags and logs should remain in forests after wildfires unless they pose a risk to safety (Q8).

About half of Oregonians say 50%–75% of the state’s forests should be wilderness areas set aside for purposes and benefits other than commercial timber production (Q34).

Six in ten people support using logging debris left in the forest for products like biodiesel, but a large portion of residents (28%) need additional information about this idea (Q2).

Wood products are popular among Oregonians when compared to building materials like steel and cement. Six in ten residents prefer wood products (Q5).