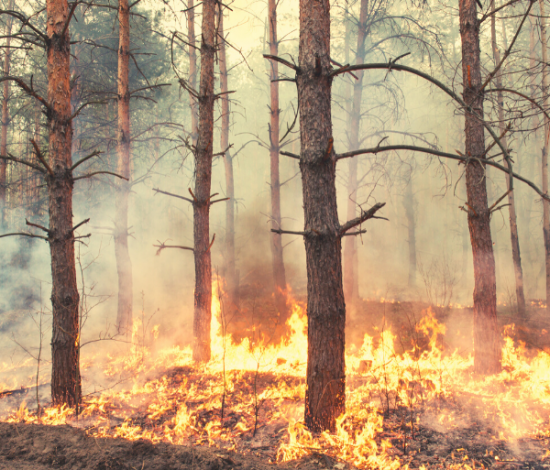 From July 9-14, 2021, the Oregon Values and Beliefs Center conducted a statewide survey of Oregonians’ values and beliefs including some questions about extreme weather scenarios and drought in Oregon. The findings below demonstrate widespread support for interventions and protections to address health and safety during extreme weather events, such as emergency rules adopted by OSHA to protect farm workers[1].

The question numbers in this document correspond with the accompanying survey questionnaire(Q1-16,Q26-27).

Respondents were given a list of scenarios and asked to gauge the likelihood that Oregon will experience each of these scenarios over the next ten years: Very likely, somewhat likely, not very likely, or not likely at all. It should be noted that in the time period during which this survey was conducted, Oregon was experiencing several active wildfires, as well as grappling with the loss of over 100 Oregonians as a result of extreme heat conditions[2](Q1-Q9). More than six in ten Oregonians feel that each of the scenarios is likely to happen in the next ten years. When combining very and somewhat likely responses several tiers emerge.

How Things Are Going So Far

Respondents were asked to gauge their level of agreement with a series of statements about how Oregon’s residents and agencies are responding to extreme weather scenarios and drought: Strongly agree, somewhat agree, somewhat disagree, or strongly disagree(Q10-16).

Age as a Predictor

Age and educational attainment emerged as strong predictors in how Oregonians responded to these questions. These groups are often correlated, so it is unsurprising that as a trend emerged in one, a trend also appeared in the other (Q1-15).

Generally, there are statistically significant subgroup differences between BIPOC and white Oregonians, as well as by geographic area, but for the most part, they are not substantial. The findings are reported to inform public education and communications.