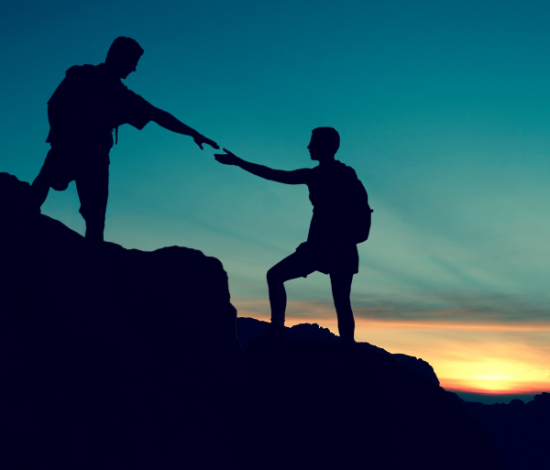 From September 13-21, 2022, the Oregon Values and Beliefs Center conducted a statewide survey of Oregonians’ values and beliefs, including the most important issue, beliefs and attitudes about Oregon, finding common ground, and their community broadly. A description of the methodology used for the research is provided below.

The question numbers in this document correspond with the survey questionnaire (Q1-3,Q9-11,Q38). Due to rounding, the percentages reported below may not add to 100% or compare exactly to the percentages for the same question in the annotated questionnaire or tabs. Subgroup variations between BIPOC and white Oregonians; rural and urban residents; and between age groups have been of particular interest to individuals and organizations and are provided in the Demographic Trends section below.

Oregonians Remain Divided Over the Direction of The State

Oregonians are United in Their Worry About the Future

While Oregonians are split as to the direction of the state, they are much more united in their worry about the future of their area of Oregon. 75% say they are somewhat (40%) or very (35%) worried. A mere 4% say they are not at all worried, and 18% say they are not too worried (Q2).

Homelessness is the Most Important Issue

Respondents were given the opportunity to share, in their own words, the most important issue for elected leaders to address. Among the top issues, several tiers emerge:

“Helping all the homeless people out. Help find a place for the people that are homeless that actually want the help. People like myself.”

“I have never been threatened by the homeless but recognize that it is an issue that demands action. While there are other issues that will influence my vote at other levels, this is the primary issue at the local level.”

“Give the homeless a place to stay, make it easier for them.”

“Help the homeless population and help with affordable housing.”

“Affordable housing is an emergency situation and needs common sense solutions now, not in another 10 years.”

“Affordable housing and cost of living.”

“Incentivize programs to build/finance affordable housing for existing residents and charge higher prices to those moving here under urban flight.”

“Crime and cleanliness of the city; the garbage and filth are unacceptable. Also, the homelessness which is directly tied to everything, and the cost of housing and rent is completely out of control.”

Addiction and Prices/Inflation are Important Issues

A third tier contains the issues ranking fourth and fifth among the issues cited as most important: addiction, substance abuse, and drugs (8%), and cost of living, prices, and inflation (6%). Drugs and addiction are mentioned at a similar rate across demographic subgroups with a few exceptions, while much more variation is found among those who cite inflation and cost of living as most important.

The issues of inflation, cost of living, and prices are much more important to people with a high school education than their peers with at least some college education (10% vs. 3%-4%).

Oregonians living in the Willamette Valley (8%), Republicans (8%), renters (8%), and people with school-aged children (9%) are more likely than their counterparts to say addressing inflation and cost of living are most important.

“Inflation needs to be addressed as well as the homelessness issue.”

“The epidemic of drug use in the state.”

“Cost of living and rent prices are off the charts.”

Other issues that ranked among the top ten most important include climate change (5%); government policy/spending (5%); mental health (4%); income inequality and wages (4%); and police (4%). A full listing can be found in the annotated questionnaire and crosstabs.

For many Oregonians, the most important issues for elected leaders are interrelated and emotionally charged, as illustrated by their word-for-word responses (Q3 & Q38):

“I think the majority of issues could be summed up with income inequality. The lack/cost of housing is at the core of the homeless crisis. The lack of mental healthcare and addiction resources fueling the increasing crime. People are desperate and desperate people do desperate things.”

“Homelessness and affordable housing need to be top priority as well as having wages actually match inflation. How does anyone afford anything in this town?”

“High housing rent, high cost of living and rising goods, the wage shortage remains unchanged, and the pressure is enormous.”

“I feel that our country is going down the wrong path. We are changing our country to a socialist country. We need to re-energize creative thinking and get off our current woke thinking.”

When it comes taxes and funding public services, Oregonians are split as to whether we don’t spend enough and should increase some taxes (30%), we spend about the right amount and taxes should stay the same (30%), or we spend too much on public services and taxes to support existing services should be reduced (26%). 14% of Oregonians just aren’t sure (Q9).

What Can We Agree On?

Despite disagreement about the state’s direction, concern about the future, a host of challenges, and a lack of consensus on taxes and funding public services, most Oregonians believe there are things that all Oregonians value about living in Oregon that cut across political divides and represent common ground we can stand on together to make our state a better place (65%). One in five aren’t sure (21%) and 14% don’t believe there are things that Oregonians all value that can bring us together (Q10).

Across all demographic groups, a strong majority believe there are commonalities we can build on, although those with high annual income ($100K+:70%); some college or a 4-year degree (66-69%); and those with school-aged children (70%) are especially likely to agree.

When given the opportunity to comment on the values and beliefs that may unite us, Oregonians allude to many of the same issues described as most important in Q3, like homelessness and crime, as well as enjoying and preserving the natural beauty of our state:

“Putting the environment first is a very common value and belief of a lot of Oregonians.”

“Conservationists tend to fall on both sides of the political divide. For example, hunters/fishermen want the environment to be good as well. Another example is road upkeep. Everyone wants to avoid potholes or bridge collapse.”

“Enjoyment of natural beauty (albeit in different ways); concern about the increasing visibility of homeless camps.”

“We love the beauty of nature and friendly neighborhoods. We all want to see crime reduced and our streets safer. We want homelessness discouraged by stopping the trafficking drugs, removing the camps in our neighborhoods, and providing rehab resources for addicts.”

“Water resources. A large determinate to the viability of a region and to its sustainability for both the environment and the people living and working there.”

“Maintain the beauty of the state and keep it safe from violence and fires.”

“Our love of our state’s natural beauty and environmental assets, and our support for small-farm agriculture and small businesses.”

“A “live and let live” mentality–toleration of everybody’s differences. Independence. Love of nature.”

“All of us are concerned about the environment and love the physical attributes of the area such as rivers, forests, mountains, etc.”

“Appreciation for and reasonable access to beautiful public lands. Providing a quality education system for youth, college age and professional development- let’s care for, educate and train fellow Oregonians to continue positive contribution to our communities, economy, business/industry and environment.”