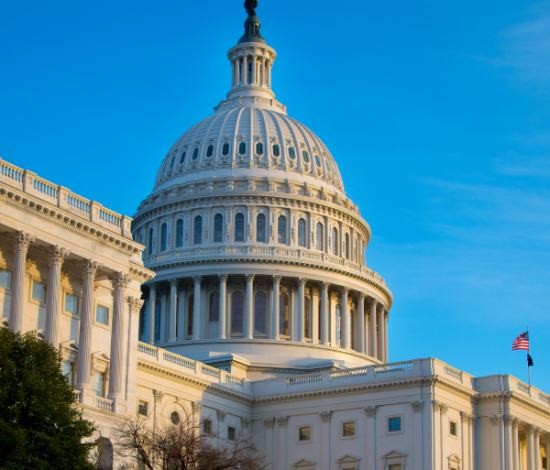 From February 1-7, 2022, the Oregon Values and Beliefs Center conducted a statewide survey of Oregonians’ values and beliefs, including beliefs and attitudes about democracy and governance. The question numbers in this document correspond with the survey questionnaire (Q6, Q8, Q19-25, Q28-31, Q33, Q35-48).

Three-quarters of Oregonians say American democracy has become more at risk in the past few years (74%) (Q6).

In Their Own Words: Why Oregonians Say Democracy is More At Risk

Oregonians are most likely to point to the Trump administration, the January 6th insurrection, and related issues as reasons for why they feel democracy is at risk (30%). Other reasons include the political divide, lack of civility, and the media (Q8):

“Biased media, polarized population, and elected officials fighting each other rather than working for the well-being of the country.”

“Attempts from the last president and the Republicans to subvert an election result, increasing social acceptability of authoritarian right-wing points of view, gerrymandering making elections less representative, the senate existing.”

“I can’t think of a specific thing, really.  Just the general sense of agitation, frustration, and distrust.  I’m afraid people will be willing to support anyone or anything that claims they/it can “fix” things.  And once the mob has spoken.”

“The use of fear as a means of control has become commonplace.  The reduction of individual liberty and the dramatic increase of unchecked government power is highly concerning.”

Why Some Think Democracy Has Gotten Healthier

Respondents who say U.S. democracy has gotten healthier over the last few years mention more awareness of democracy’s challenges, COVID vaccine mandates, and a change in the presidential administration (Q7).

How Oregonians Feel About Our System of National Government

Nearly half of Oregonians are satisfied with the form of our national government—a democratic republic or representative democracy—and roughly the same proportion are dissatisfied (46%, 43%) (Q28).

In addition to feeling America’s democracy is more at risk, eight in ten Oregonians believe the American economy is rigged to the advantage of the rich and powerful (79%) (Q20).

Few Oregonians believe that government policies reflect the views of most Americans (23%) (Q33).

Nearly two-thirds of Oregonians say the U.S. used to be a good model of democracy but it isn’t any longer (62%) (Q36).

A Better Form of Governance than the U.S. Model of Democracy?

Oregonians are split as to whether there’s a better form of governance than the U.S. model of democracy, but a plurality say that a more representative democracy would be better (39%) (Q37).

Respondents who feel there is a better form of governance than the U.S. model of democracy were asked to name it, or a country that has it.  Following are three representative responses:

“One where there are more than two parties.  We need to get away from the electoral college as it does not represent our votes”.

“Look at countries that have lasted, and care about things like the environment and social well-being—Iceland, Denmark, and Sweden”

“Honestly I don’t know.  A true democracy has never really existed, so it would be great to start with that and see how it actually works.  It would be great to be a part of a society whose government actually wanted to listen to their people and change things according to how the people feel, not based on what laws grant more money or power to the government”.

The “Apple a Day” for Healthy Government

Oregonians were asked to rate the importance of particular qualities in contributing to a healthy government (Q39-48). More than 85% of Oregonians agree that the most important factors in a healthy government are equal participation and due process (Q40), equal opportunity to participate in elections (Q41), and the accountability of officials and institutions (Q47) (87%, 86%, 86%).

Agreement with each factor tends to increase with education levels. For example, while 81% of those with a high school diploma or less say it is very or critically important to ensure due process for all in a healthy democracy, 87% of Oregonians with some college education say it is so, along with 94% of college graduates. These differences correlate strongly with differences by age (see below) (Q40).

How Oregonians Perceive Their Own Value Within American Democracy

A Democracy in Peril

The belief that American democracy has become more at risk in the past few years is more prevalent among older Oregonians (Q6).

Urban residents are a bit less likely to say that American democracy is at greater risk, as compared to rural residents (66%, 79%) (Q6).

Though older Oregonians express more concern about the state of American democracy, they are also more likely to say our form of government is working (Q28).

No Longer “A City on a Hill”

Broadly, six in ten Oregonians say the U.S. used to be a good example of democracy, but it has not been in recent years (62%). Among demographic groups, views tend to track around six in ten, with some exceptions (Q36).

Urban residents are more likely than rural residents to say that a better form of governance, whether a different form entirely or simply a more representative democracy, is out there (59% compared to 47%) (Q37).

Pride in being an American is somewhat middling in both rural and urban areas (56%, 65%). There are, however, notable differences by age group (Q31).

Out of Touch Politicians

When it comes to the values that unite and divide Oregonians, two-thirds agree that traditional politicians don’t care about people like themselves (68%) (Q19).

While few Oregonians overall (23%) believe that government policies reflect the views of most Americans, confidence is especially low in rural areas (Q33).

Important Qualities for a Healthy Democracy

Older residents are more likely to say it is very or critically important to have due process (Q40), equal opportunity to participate in elections (Q41), and accountable officials and institutions (Q47) in a healthy democracy (Q38-48).

Methodology: The online survey consisted of 1,584 Oregon residents ages 18+ and took approximately 15 minutes to complete. Respondents were contacted by using professionally maintained online panels. In gathering responses, a variety of quality control measures were employed, including questionnaire pre-testing, validation, and real-time monitoring of responses. To ensure a representative sample, demographic quotas were set, and data weighted by area of the state, gender, age, and education.

Statement of Limitations: Based on a 95% confidence interval, this survey’s margin of error, for the full sample, ranges from ±1.5% to ±2.5%. Due to rounding, numbers may not add up to 100%.