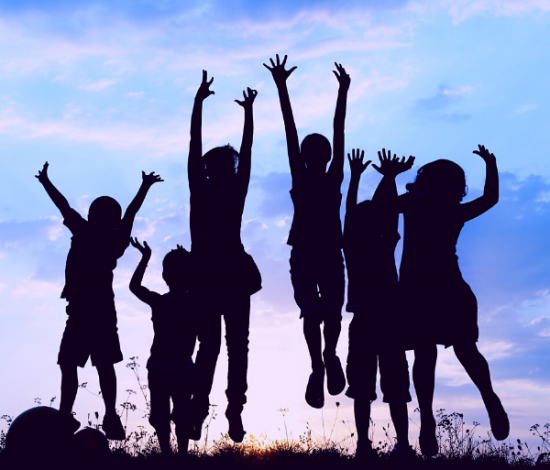 From March 16-23, 2022, the Oregon Values and Beliefs Center conducted a statewide survey of Oregonians’ values and beliefs about services and policies that are commonly recommended for supporting Oregon children. The question numbers in this document correspond with the survey questionnaire (Q9-20a).

Overwhelming Support for a Wide Variety of Services

12 types of family support services were included in the survey. The number of total respondents who say they support each service never drops below 70%. Respondents express how they see these services benefiting different groups of people, including both children and parents:

“These programs can reduce barriers for busy single parents who may struggle to find a doctor, take time off of work to bring kids to the clinic, or pay the bill when it comes due.”

“These services being offered above will definitely make a huge difference within the various cultural groups and prevent barriers from standing in the way of an overall healthy and a more productive future society.”

“The world is a hard place to be as a child these days and the more support we can give them young the higher degree of success they may have.”

“When I was a student in Benton County, there were a lot of missed opportunities that my little town didn’t have the resources for. With the changes in society viewing mental health, I see a better future for kids today and tomorrow. We taxpayers need to step up and right the wrongs of yesterday.”

The three most popular family support services amongst Oregonians are the following:

In Their Own Words: Oregonians Emphasize Importance of Mental Health Services

“Literally anything we can do to increase access to mental health services for kids, I’m on board. There is a real crisis here that I don’t think we are addressing well.”

“Mental health services are woefully lacking in this state. People talk about this but don’t do anything.”

“With all that is happening with COVID, school or lack thereof and unaffordable child care the need for more behavioral health services has risen at a rapid rate.”

Even Services With “Lowest” Ratings Supported by 7 in 10 Oregonians

“Developing and integrating culturally inclusive learning materials from early childhood through post-secondary education” is supported by 70% of total respondents (Q19).

In Their Own Words: Concerns About Impact and Intention Around These Policies

For those Oregonians that have concerns about integrating cultural inclusive learning materials or bias training, there is some general confusion over what those terms mean, and whether or not they would have the effect of creating more division than unity.

“Culturally appropriate’ is too subjective to be defined by the government.”

“Who is going to decide what cultural awareness and bias is? Who’s ‘truth’ gets taught? Whose history is the ‘real’ history? How are those questions decided?”

“A number of studies show that mandatory implicit bias training often creates more racial tension then there would be without the training. Instead, you should address it directly when an inappropriate instance happens.”

Support for using tax dollars to fund family services is high across a variety of demographics.

The political affiliation of a respondent is the biggest determining factor in whether or not they are likely to support a family service.

“I definitely support providing these services, but the state should pay for it outright, and healthcare should not be a function of schools. Schools are becoming a catch-all for state/societal functions. That isn’t fair to teachers or school districts.”

“It is once again the parents job to see that these issues are taken care of with the exception of the suicide issue, but that could also be handled by parents restricting cell phones and computer usage.”

“Parents still have a responsibility to provide care for their children.  It is not the responsibility of the schools to provide health care.  However, access to mental health services could be the difference in a crisis situation.”

“I am not sure if Schools should have to become health clinics. If you want to have free clinics, then fund free clinics. Schools are not doing well at teaching right now. I find it hard to think of adding to what schools need to be responsible for.”

Some Oregonians say they support these programs, but wish they went further and could be applied to everyone in the country, like in the form of universal health care:

“While I support all of these programs, what I’d really like to see is Medicare for All, which is less piecemeal, more comprehensive, and even saves money in the long run”

While not as stark as political affiliation, there are also slight differences in the responses between women vs. men. Women are slightly more likely to support tax funding for a given family service or program than are men.

There are also slight differences in the responses between those of different generations. Generally, younger Oregonians are more likely to support a family service than those that are older. However, while these differences exist, the services included in the survey still receive high support across the age spectrum.

Finally, there are consistent differences in the responses between those who own property vs. those who rent:

Methodology: The online survey consisted of 1,563 Oregon residents ages 18+ and took approximately 15 minutes to complete. Respondents were contacted by using professionally maintained online panels. In gathering responses, a variety of quality control measures were employed, including questionnaire pre-testing, validation, and real-time monitoring of responses. To ensure a representative sample, demographic quotas were set, and data weighted by area of the state, gender, age, and education.

Statement of Limitations: Based on a 95% confidence interval, this survey’s margin of error, for the full sample, ranges from ±1.1% to ±1.9%. Due to rounding, numbers may not add up to 100%.

Analysis and Reporting by: Hilary McGraw