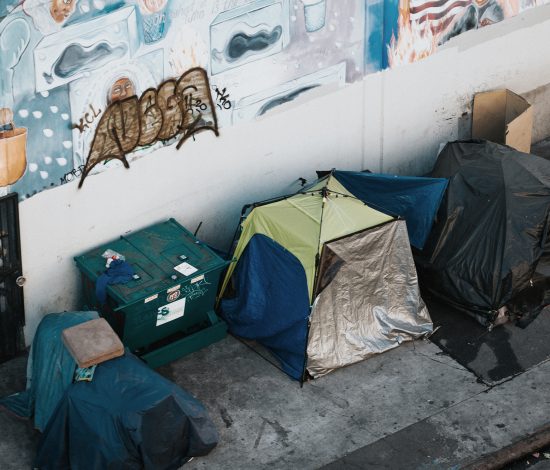 Oregon is in the midst of a homelessness crisis like no other. More and more of our residents are forced to the streets every year because they can’t pay their bills or get the help they need. Tent cities dot our urban centers, and the coronavirus pandemic has only made it worse, as unemployment rates hit record highs this spring. We were interested in finding out how Oregonians feel about homelessness in our state and where it falls on their list of priorities. We conducted an online survey from October 1 to October 6, 2020, that touched on a variety of issues including homelessness and Covid-19. Our demographic quotas were weighted proportionally to ensure that we surveyed a representative sample pool of 600 Oregonians aged 18 and older.

Ending Homelessness is a Top Priority for Oregonians

Fifty percent of residents believe that solving the homelessness crisis in Oregon should be the top priority for our elected officials; they believe that our leaders have a responsibility to fix it. Fifty-six percent of Oregonians in the Tri-county area — Clackamas, Multnomah, and Washington — and 51 percent in the Willamette Valley agree that solving this epidemic should rise above all other issues, a ten-point difference when compared to residents elsewhere in the state (41 percent). Democrats (57 percent) and non-affiliated voters (51 percent) were more likely to agree with this prioritization than Republicans (38 percent).

Why Is the Problem Getting Worse?

We gave Oregonians a list of factors that could be the root cause of worsening homelessness in the state. Most participants agreed that mental illness (59 percent), substance abuse (59 percent), and lack of affordable housing (44 percent) are the key factors exacerbating the situation. Fifty percent of residents in the Tri-county area felt as though an inflated cost of living plays a large role in the crisis, which was more than in the Willamette Valley (40 percent) and the rest of the state (37 percent).

There was a large difference in opinion across political party lines. When we asked participants if they thought that homelessness was the result of personal choice, 41 percent of Republicans said yes as compared to 24 percent of non-affiliated voters and 11 percent of Democrats. A majority of Republicans acknowledged the significant impact that substance abuse (76 percent) and mental illness (61 percent) have on the homelessness epidemic.

Despite differing opinions regarding the key factors driving the crisis, a majority of Oregonians recognize that it’s a complex, multifaceted issue that requires a comprehensive strategy to adequately address it.

We listed fifteen entities that could take on the responsibility of tackling the homelessness crisis. Oregonians agreed that local (94 percent) and state (93 percent) governments should be responsible for coming up with solutions to address the problem through the implementation of public services.

Oregonians Have High Hopes for Change on the Horizon

Despite the growing severity of homelessness in our state, Oregonians remain optimistic. Fifty-seven percent of Oregonians believe that a mix of policies and resources implemented by our elected officials can help solve the epidemic. Democrats (69 percent) were more optimistic than non-affiliated voters (55 percent) and Republicans (39 percent). As for age groupings, younger residents were the most optimistic (66 percent) and residents over 65 were the least (49 percent).

Homelessness has become a big problem in Oregon, but so far attempts to curb it have fallen short. A majority of Oregonians, however, believe that the crisis can be solved, it’s just a matter of prioritization. Participants largely view mental illness, substance abuse, and lack of affordable housing as key factors in the perpetuation of the problem. Oregonians seem to be open to supporting a comprehensive plan to systematically fix homelessness in our state by making mental health and substance abuse resources more accessible and increasing the supply of affordable housing.